A short and bumpy ride from Bagan brought us to Mandalay. We’d met some people in Vietnam who weren’t so overly impressed with the city but we were hoping it would impress us and also provide me with a place to watch the six nations rugby.

Myanmar in general is a little more difficult when it comes to accommodation, so we had trawled the net for places to sleep at a decent price. Using a mix of Lonely Planet, wikitravel and TripAdvisor is the method we generally employ. This time we were somehow having difficulties and I decided to take a shot in the dark. I found this hostel which was supposedly only just opened since February 2015 so I thought at least it should be clean. There we just 2 or 3 reviews on TripAdvisor but they were all good. I wrote a mail and reserved us 2 spots and the owner answered and said we could have free upgrades to the VIP dorm if we liked on arrival. Upon arrival the 2 guys at the front desk were very welcoming, but I got the sense from their English that they couldn’t have written the email I had gotten. They helped us to our room and the 8 bed dorm was almost empty with only one bed be in occupied by an American woman. We were escorted up to the rooftop and met the man himself……Rocky!

What can I say about Rocky….He introduced himself, then straight away asked if we needed anything, like water food etc. We politely declined but he brought us iced water and a coke for me. He said “you guys must be hungry” then went off to the kitchen and in no time at all rustled us up some amazing noodles. Very yummy indeed and just right after the longish journey. Rocky is such an interesting dude and I could have listened to him for hours. He’s from Singapore but had been working on and off in Myanmar for the last number of years. He fell in love with the place and quit his job to come here and established himself as a hostel tycoon! He just recently opened the place in Mandalay and is waiting for the red tape on his second venture in Yangon. Throughout our time in Mandalay Rocky was always on hand to offer advice, book tickets,  arrange excursions and even unbelievably sort out a place for me to watch the rugby – baring in mind that all place close here early and that there is absolutely no night life it was an amazing feat!  (He even got up at 3 am to personally make sure we made the train to Hsipaw). These are the things, which will stay with me forever. Travelling is soooo much about the people you meet.

We went to bed fairly early  on our fist night intent on getting a good days sightseeing in the following day. Sadly sometimes things don’t go according to plan. After visiting the palace in the centre of the city, Steffi felt a but worse for wear and we decided to cut short our day. In any case I wanted to get out of the unbearable heat so it was fine go return home. We spent the rest of the afternoon just uploaded photos and interneting as the connection was amazing, even good enough for Skype. 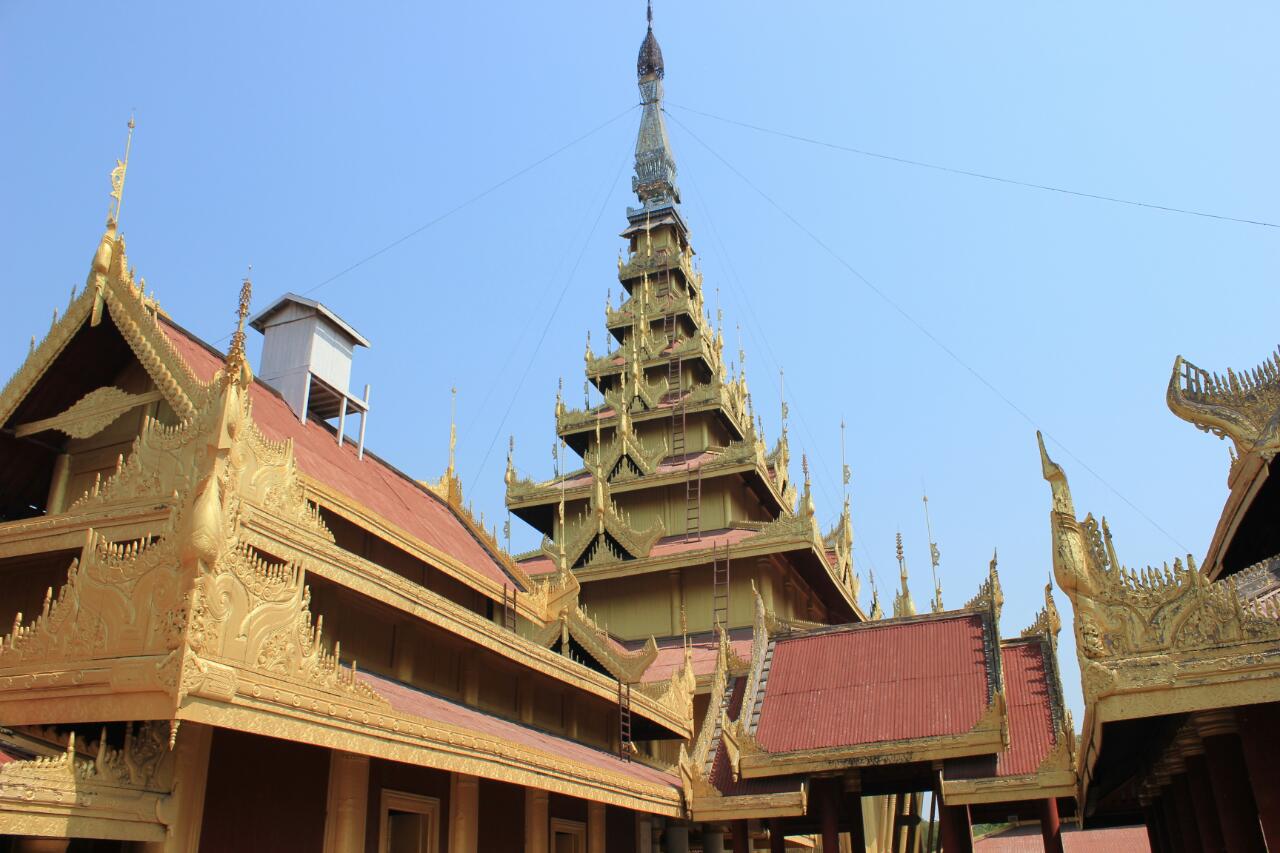 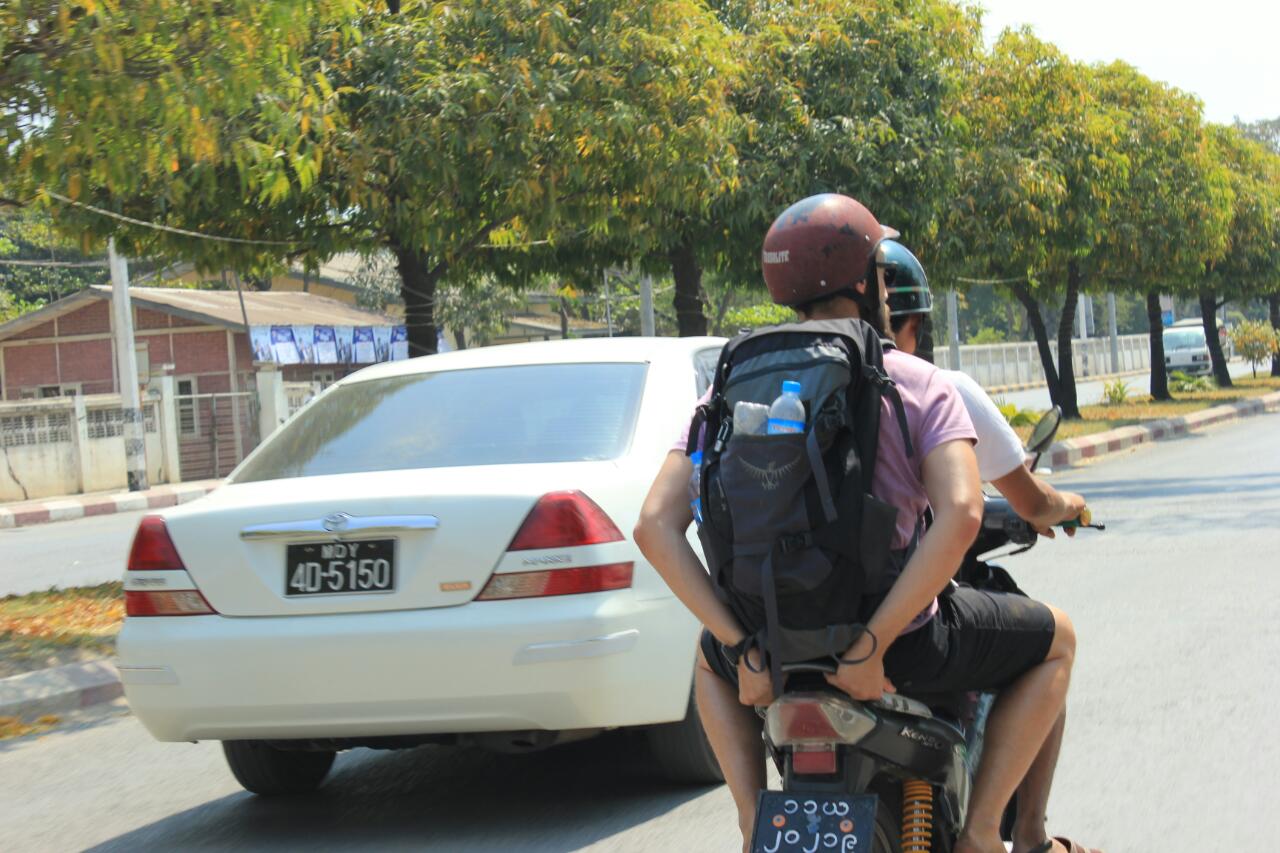 Feeling poorly we decided to return to base camp. Motorbike taxis are the fastest and cheapest way to travel here 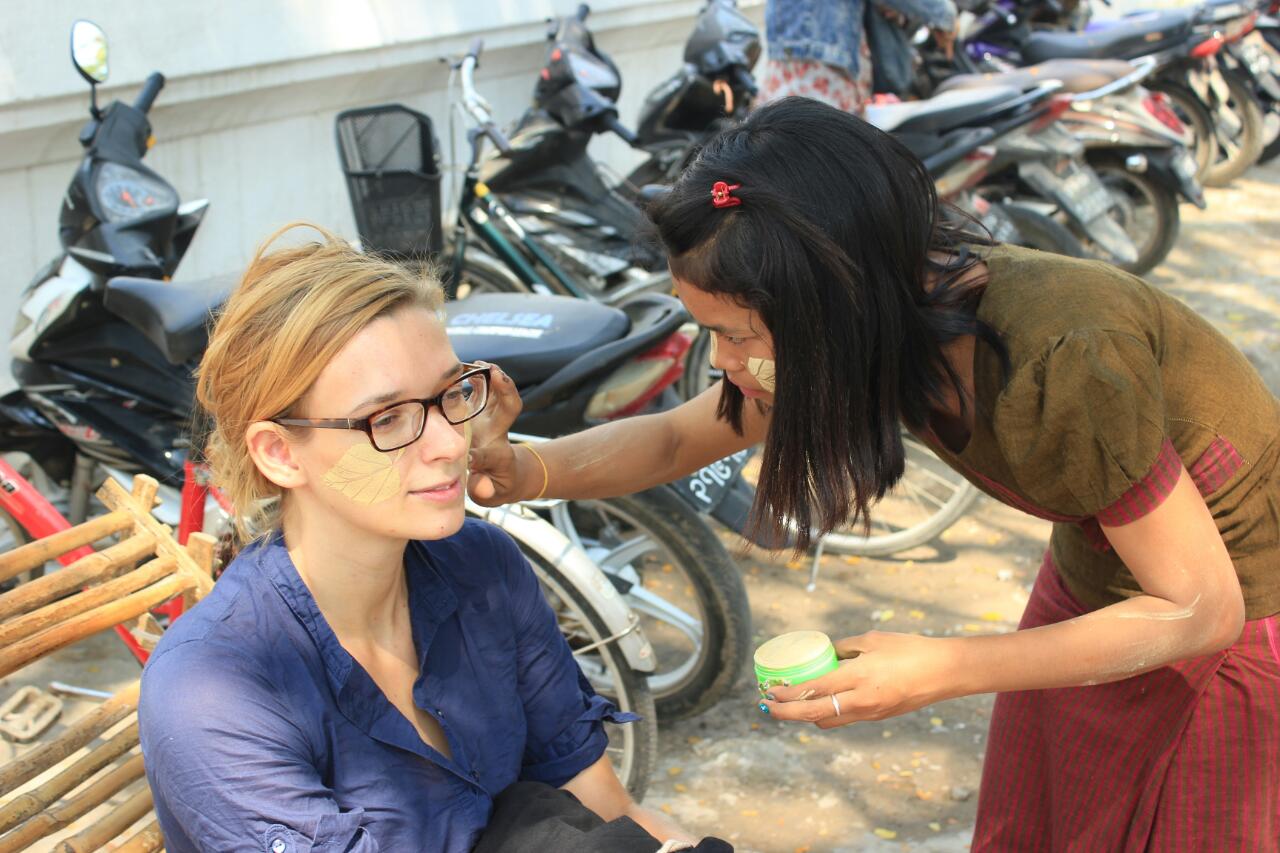 Steffi getting the full treatment from a local girl. People here don't wear fade make up but rather a natural product made from a tree. Sun protection and beauty rolled into one

A lot of people imagine travelling to be nonstop action and sightseeing etc, but the reality is somewhat different. Each day can’t be full on action packed otherwise you’d burn yourself out pretty quickly, never mind run out of money really fast. Some days are spent just relaxing or scrimping together loose change to pay for food or entrance fees just so you are able to spend big on the things that matter. In Mandalay this was no different. We spent one day just cruising around on bikes we borrowed from the YMCA and going from temple to temple spending basically as little money as possible as we knew the following day would bite into our budget. The following day was going to be a big day of sightseeing!

We had Rocky organising basically everything for us so Sunday at 9 am there was a taxi waiting for us to take us around the surrounding sights for only $40. We left at 9 am and returned at 7 am so you can work out the taxi man’s hourly wage, not very much. We had a fun day exploring the former capitals in the surrounding old cities and saw some amazing temples and statues, have a look at the pics. By the time we got back we were wrecked, but so happy to have seen so much. 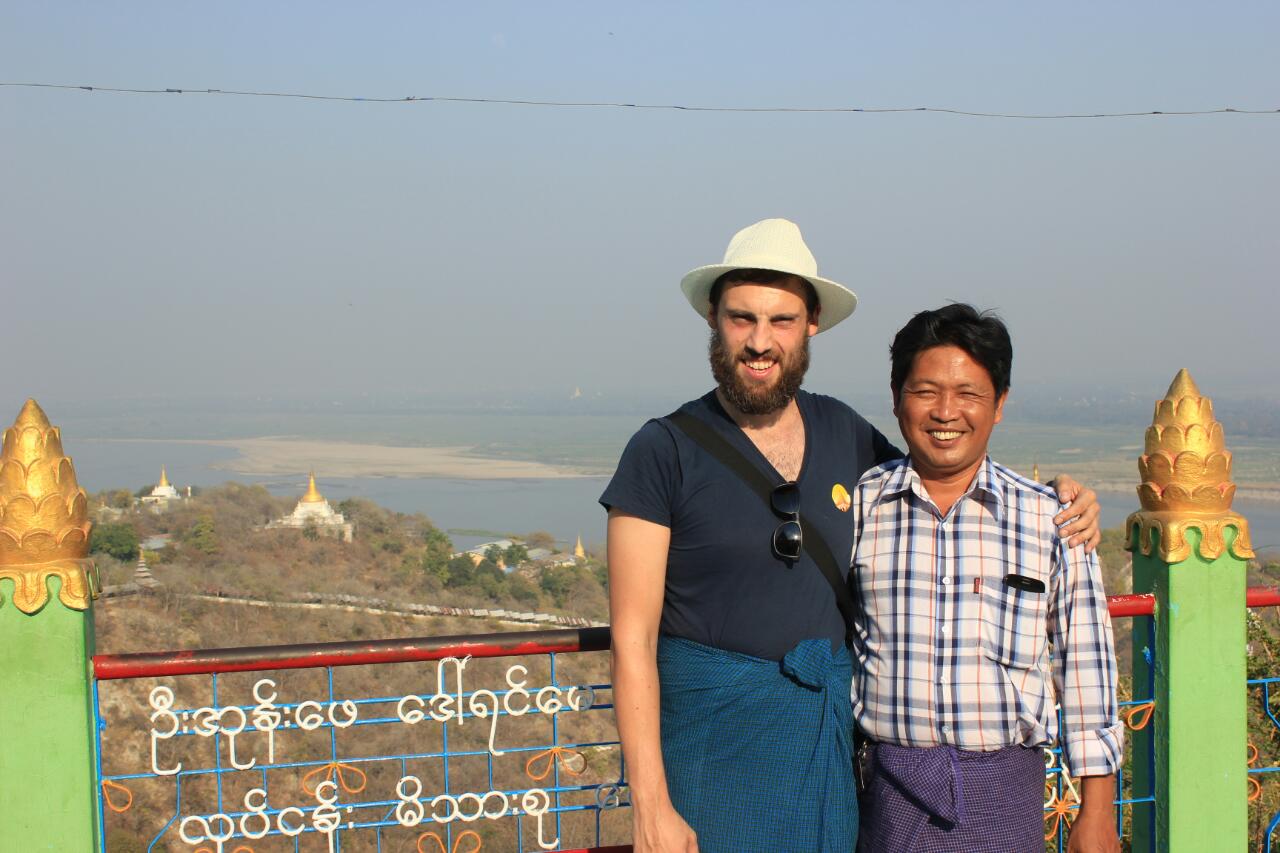 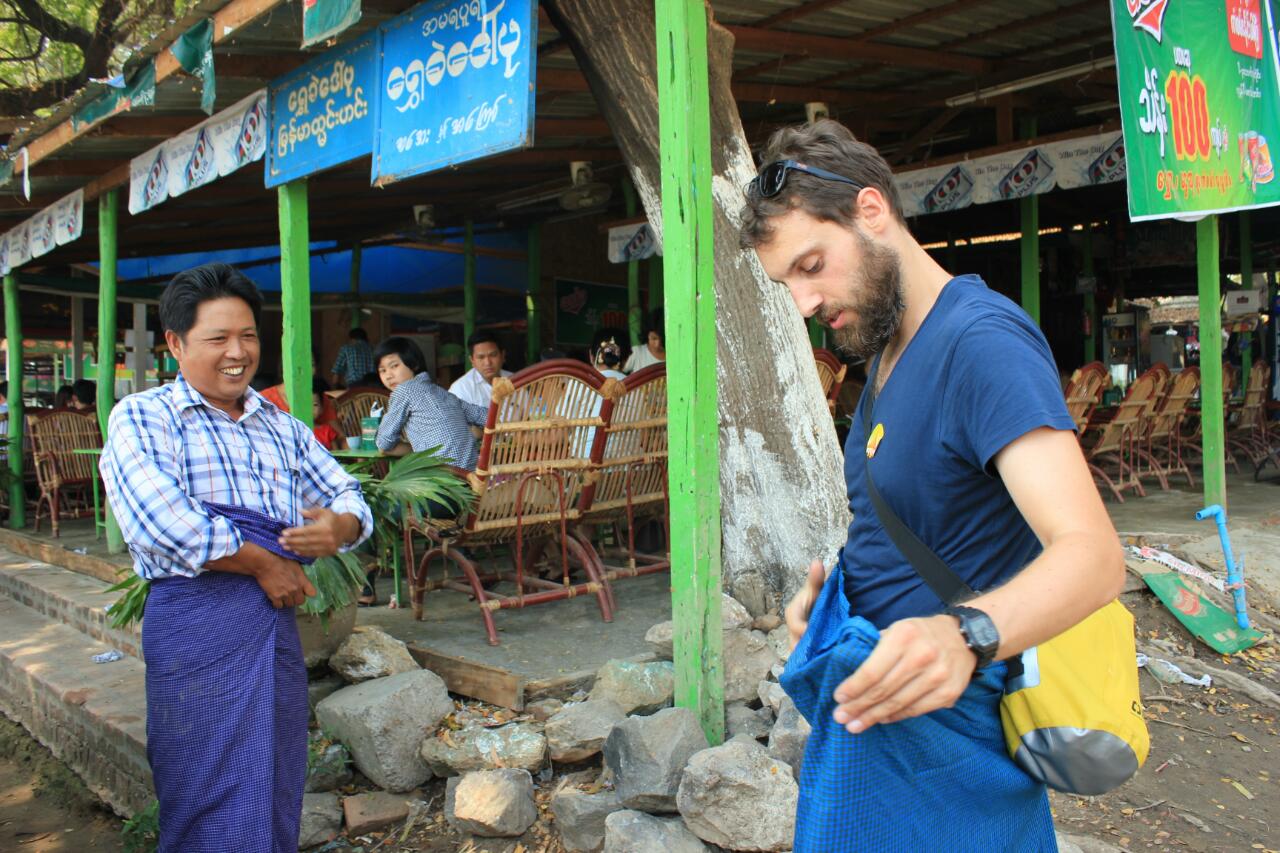 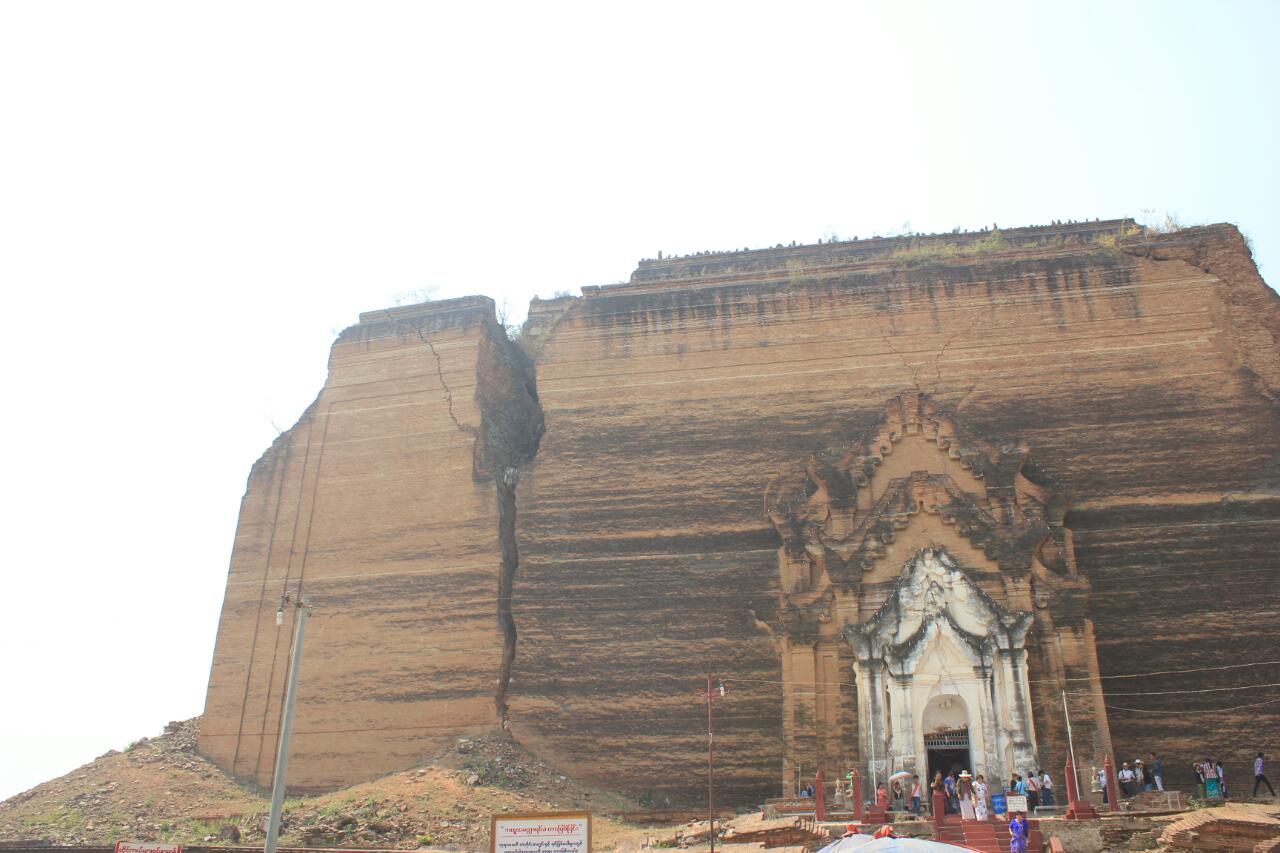 What would have been the largest Pagoda in the world til the king had a vision and discontinued building. It suffered badly in an earthquake in 1975 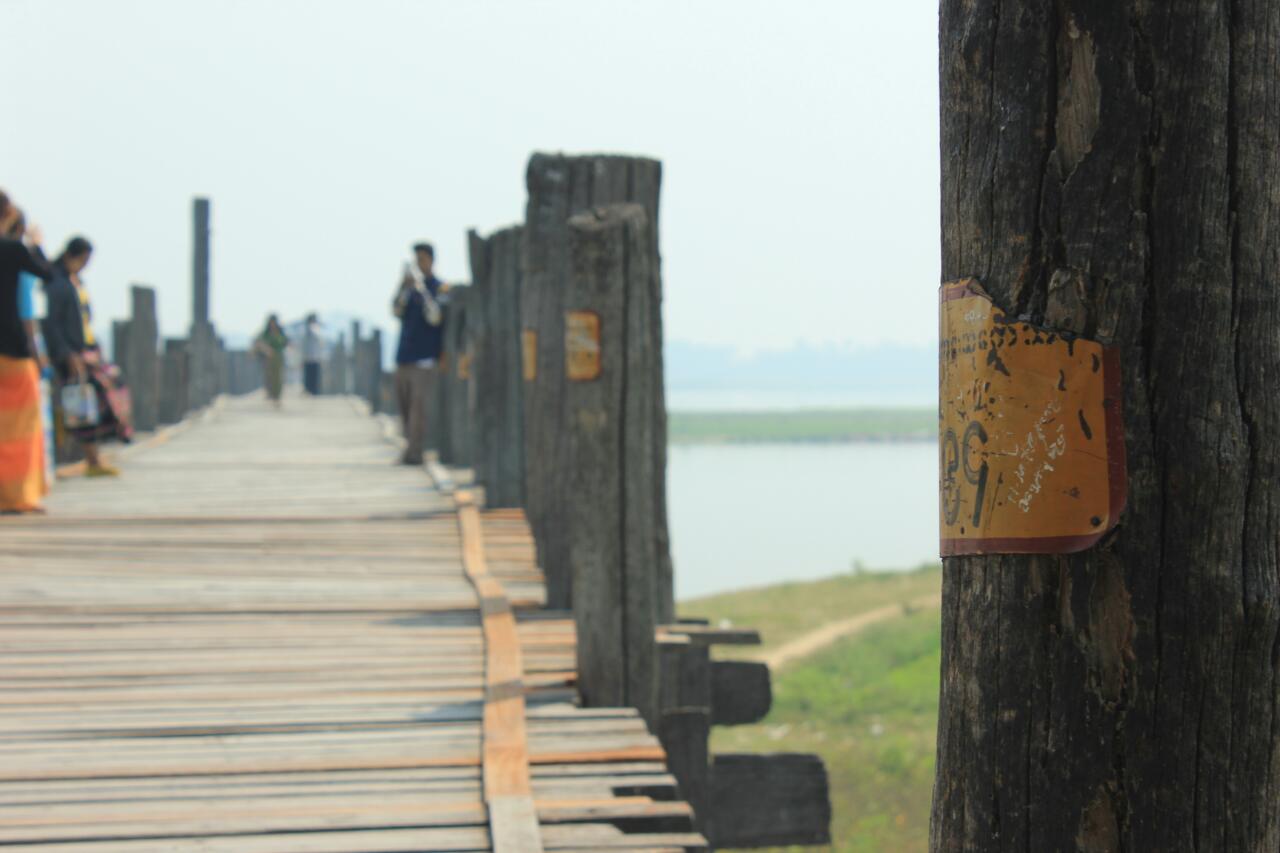 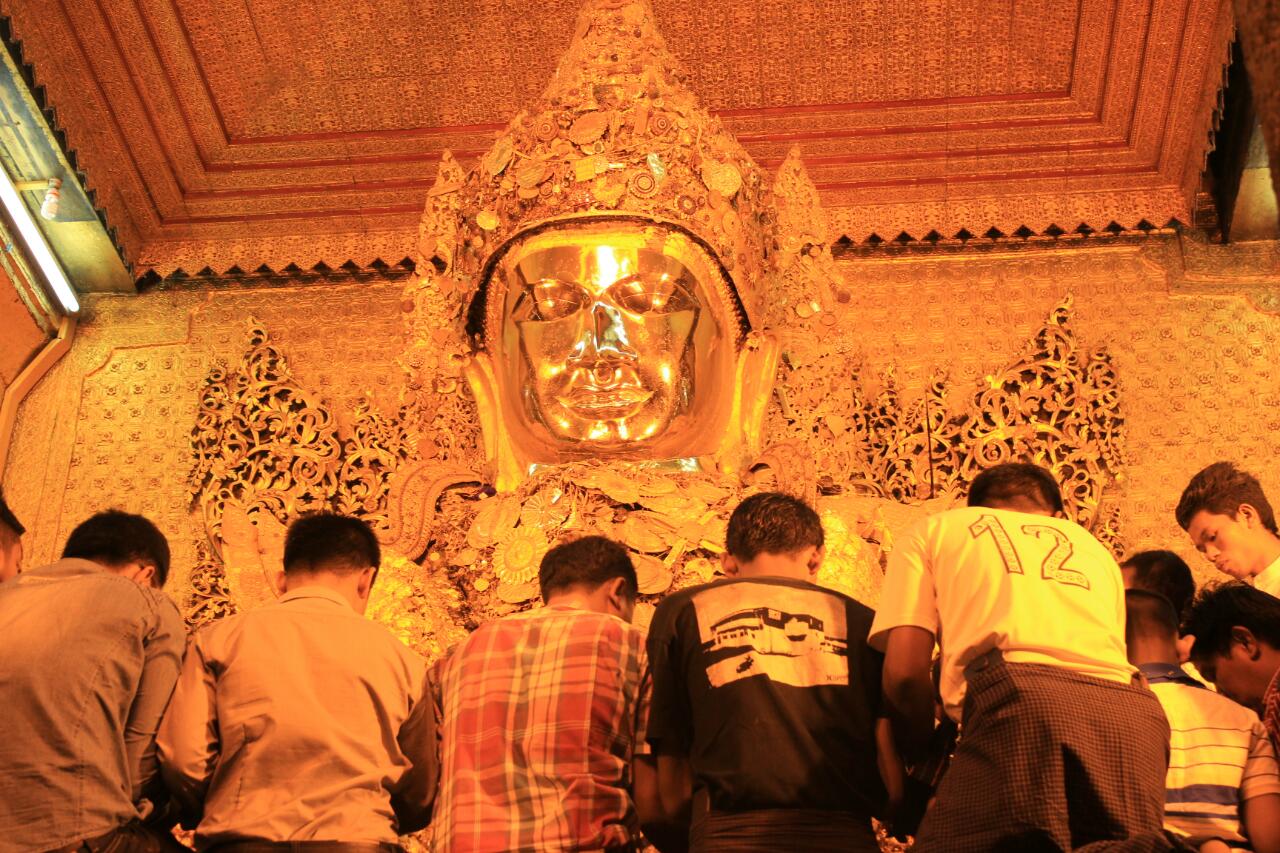 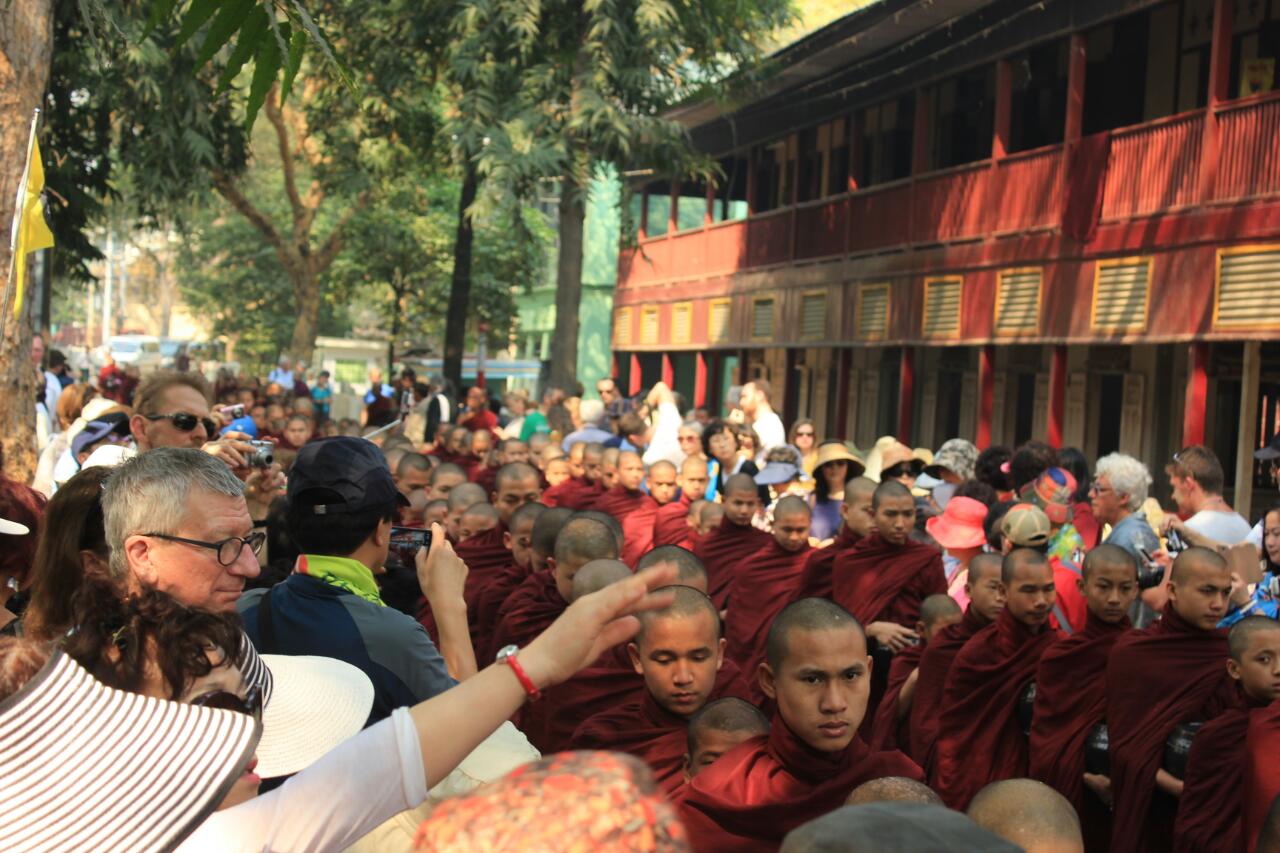 An old ritual being ruined by tourists. We felt ashamed to have stopped here. Tour buses of old French and German tourist flock here, but it's not a nice sight

All that was left was to grab a few hours sleep before getting up at 3 am to take a massive train journey to our next destination: Hsipaw.

(Ireland best England so I was happy to have seen that, thanks again to the friendly regulars at the Central Park restaurant)