So after my time in Melbourne, the next step on the journey was New South Wales and more specifically this time the capital, Sydney! Yes I did see the opera house and of course the bridge and many other sights.

The first sight I saw upon arrival was my old DCU (Dublin City University) mate. He was so kind as to pick me up from the airport and also to let me stay at his wonderful apartment. It had been some year since last we’d met, but we got straight into the banter and reminiscing about days gone by. It was so cool to have someone living in the city and obviously to give me a few pointers on what to do etc. As my friend and his girlfriend were quite busy with work I was left to freely explore and wander as I pleased and I duly set about getting to all the sights. A few firm favourites were definitely Manly and Coogee beaches and also just taking the ferry in the port to get a great view of the Opera house and bridge. I also went to a very good museum to learn about the first European settlers and how the city developed from humble beginnings. I even managed to meet up with a few other Irish friends who have moved to Sydney and seem to be loving life there!

In general I thought that the city was extremely busy and businesslike – people seemed to be rushing around and stressed out most of the time. I tried to avoid the CBD, but to get to most of the touristic places you need to pass through the centre of the city. There were definitely loads of tourists around but not as many backpackers, but rather normal holidaymakers. 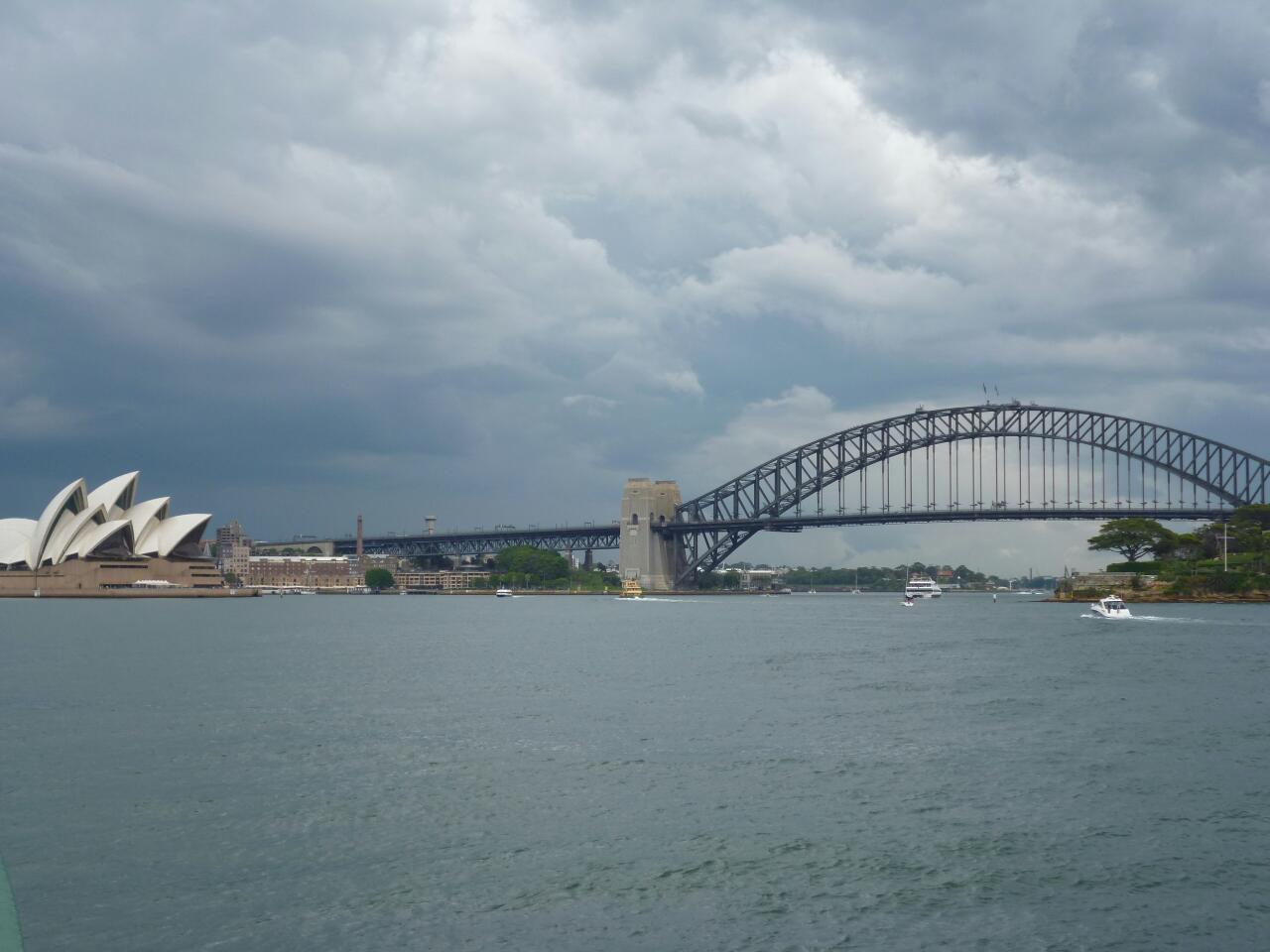 A couple of fairly famous sights 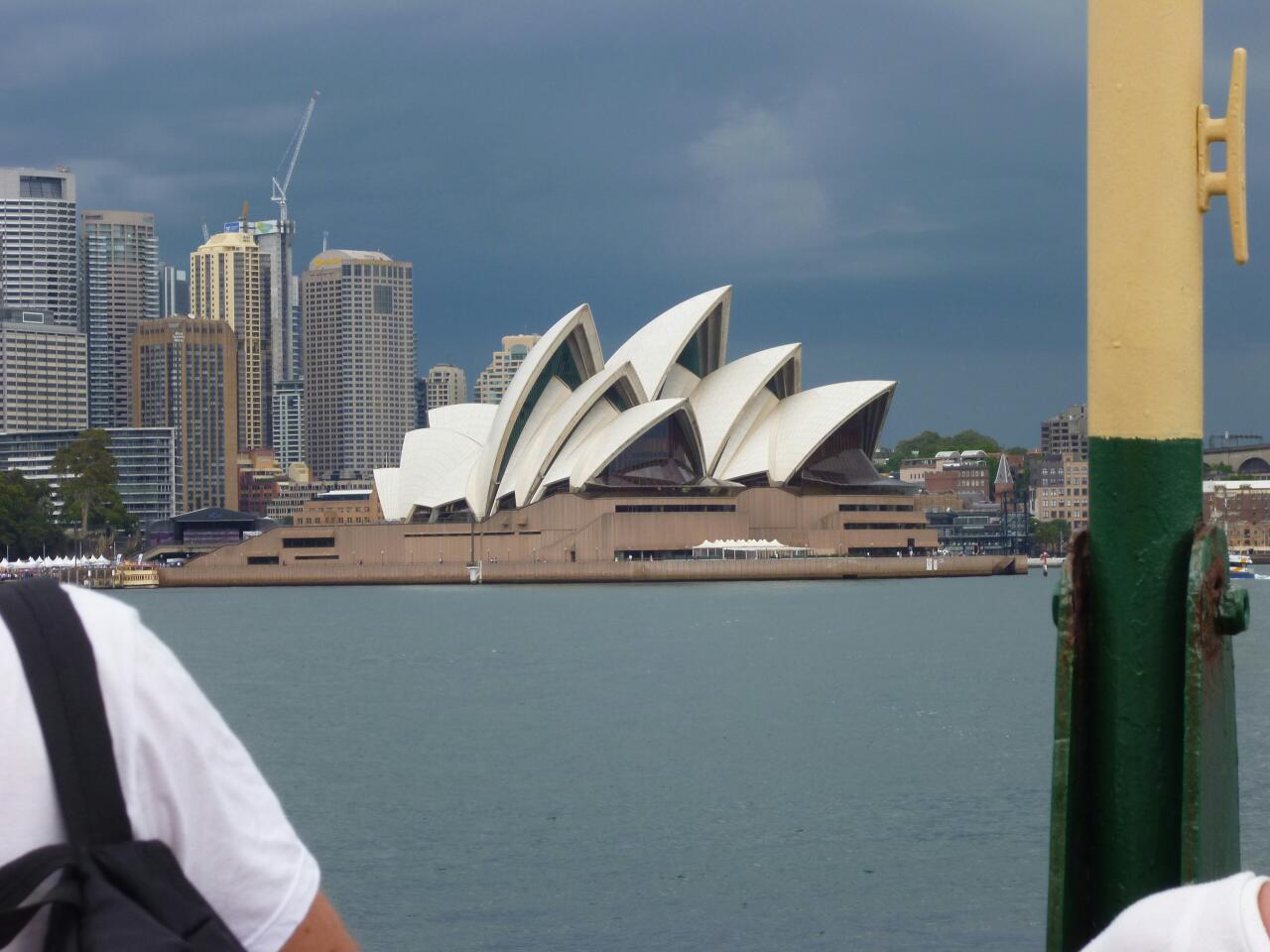 I really like the colour contrast in this picture somehow!

After the capital I hopped on the train to make my way further up the NSW coast to a little know place called Kempsey. My reason for this visit was a reunion with my old rugby coach Allan ‘Nuge’ Nugent. It had been a life goal of mine for some time now to see the countryside which Allan had so fondly talked about in his days as trainer of our Berlin rugby team. The train ride from Sydney took around 8 hours and it was a really picturesque tour along the coastline and through the mountains winding our way along. It was so great to see Allan after so long and he even picked me up in his Ute!

The countryside of Kempsey and Dongdingalong (the actual place where Allan lives) was amazing. It instantly reminded me of Ireland with the rolling green hills, but the weather is definitely nicer here! We went on loads of tours and saw amazing beaches at crescent head and small towns hidden in the mountains. We followed the river upstream and saw some amazing scenery and views that were just spectacular and most nights we rounded off the day with a nice barbie and and few beers! We even sampled some classic Aussie culture by having a bet or two on the horses in the local bowling club, all whilst making sure to hydrate properly at ever available opportunity. I managed to take part in a rugby training session with Allan’s team and realised quite quickly how unfit I have become! Allan even taught me about Aussie movie and TV culture with movies like “Crackerjack” & “The Castle” and a TV show called “All Aussie Adventures”. I really did sample the good life with Allan and it was such a laid back atmosphere it was very hard to leave. 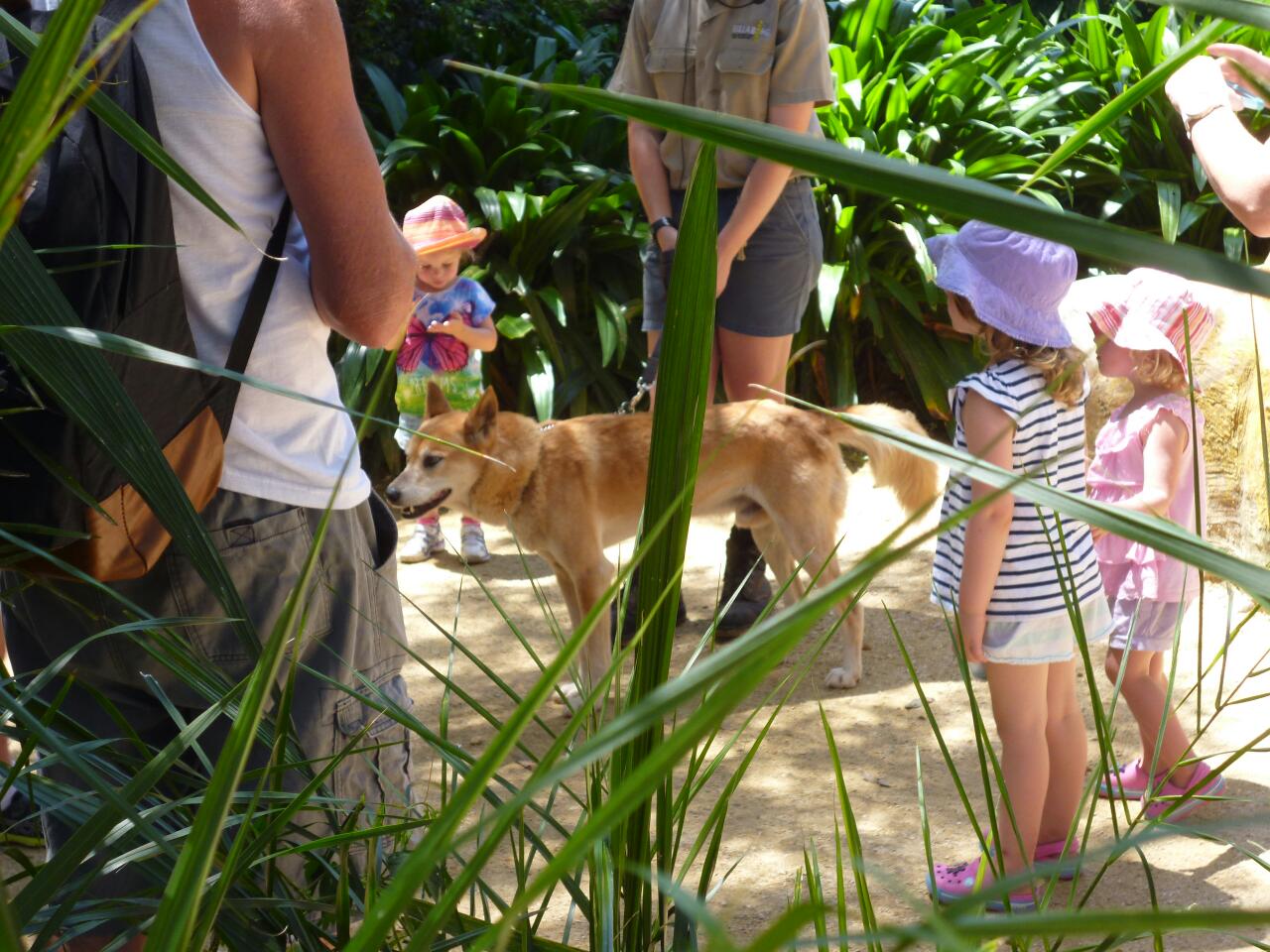 Waiting to steal a baby!

But I did move on, even if it was only down the road to Port Macquarie to stay with another friend. This is where I realised how much I liked fishing and was completely ‘hooked’! My mate John lives right beside the river and has his own little boat, which we put to good use almost every day. I’d always thought fishing was boring, but it turns out it’s pretty exciting whenever you feel the fish has a nibble on your bait. We caught some nice fish and even caught a crab in our crab trap. On one of the days John somehow managed to hook a stingray and needless to say we cut him off the hook asap! It was so peaceful to just be on the river and relax and watch the sunset or gently row along the river. We were pretty lucky and even got to see some dolphins close up.

John is really lucky to live beside the beach and beside the river, but yet far enough away from town to make it feel like being in the countryside. We were able to go on some beautiful drives and walks in the bush and got to see one of the largest waterfalls in the southern hemisphere, which involved quite a trek to the bottom of the falls and back up again! It felt so great to be so close to loads of nature and off the normal tourist trial, it was such a bonus to have someone with great knowledge of the the surrounding area and am interest in showing it to me!

The car ferry across the river to John's house was always pretty cool, even if we did have to wait every time!

One of our big days out also involved a trip back to Kempsey for the ‘Kempsey Cup’ where I even managed to pick two winners and earn myself a little bit of pocket money in the process. Being up close to the horses as they galloped around the track was a super atmosphere and I was able to enjoy my victories with Billy and Pip, two of my Australian mates who I had played rugby with back in Berlin. I think the boys probably picked more winners that I did but we all had a grand day out!

Even though I thoroughly enjoyed my time in Kempsey and Port Macquarie, it was time to get on the road again so I booked my ticket on the train to Brisbane and waved goodbye for now to NSW. It’s definitely a place to put on your map if you’re travelling the east coast.

Allan and myself were so famous we even made the local paper!
http://www.macleayargus.com.au/story/3521101/kempsey-cup-2015-race-day-socials/#slide=17