So this may seem a bit cheeky but to stock up the bank balance I had to bite the bullet and go back to work. It was a tough decision, but somehow I had to pay for living here in a super expensive country. I managed to get a super job with a legend of a man, Mr Scott Shorter. A great little online marketing agency in one of the coolest areas in Perth, Mount Lawley. I had to move house too so I had to get the old contact list out and get my mates to sort me out with something.

Only one man was up to the task of being my new housemate and that man was one of Perth’s high flying celebrities. Mick Conway a man who often can be found propping up the bar in durty nellies, a man, who like the godfather gets greeted wherever he goes, stepped up to take me in with open arms, a proper good c#*t! He has a house, which you could compare to a mansion in southern Spain, located in a northern suburb of the city and within a taxis ride to any of the Irish bars. He knows the City like the back of his hand and has his finger on the pulse. The new gaff was spotless on the day I moved in and I was blown away by how much space he had. There is a nice little terrace outside, which will be put to good use come summer. As I was recovering from a full on weekend with my Irish pals, I took advantage of the massive DVD collection at Casa Conway and simply relaxed for a day. 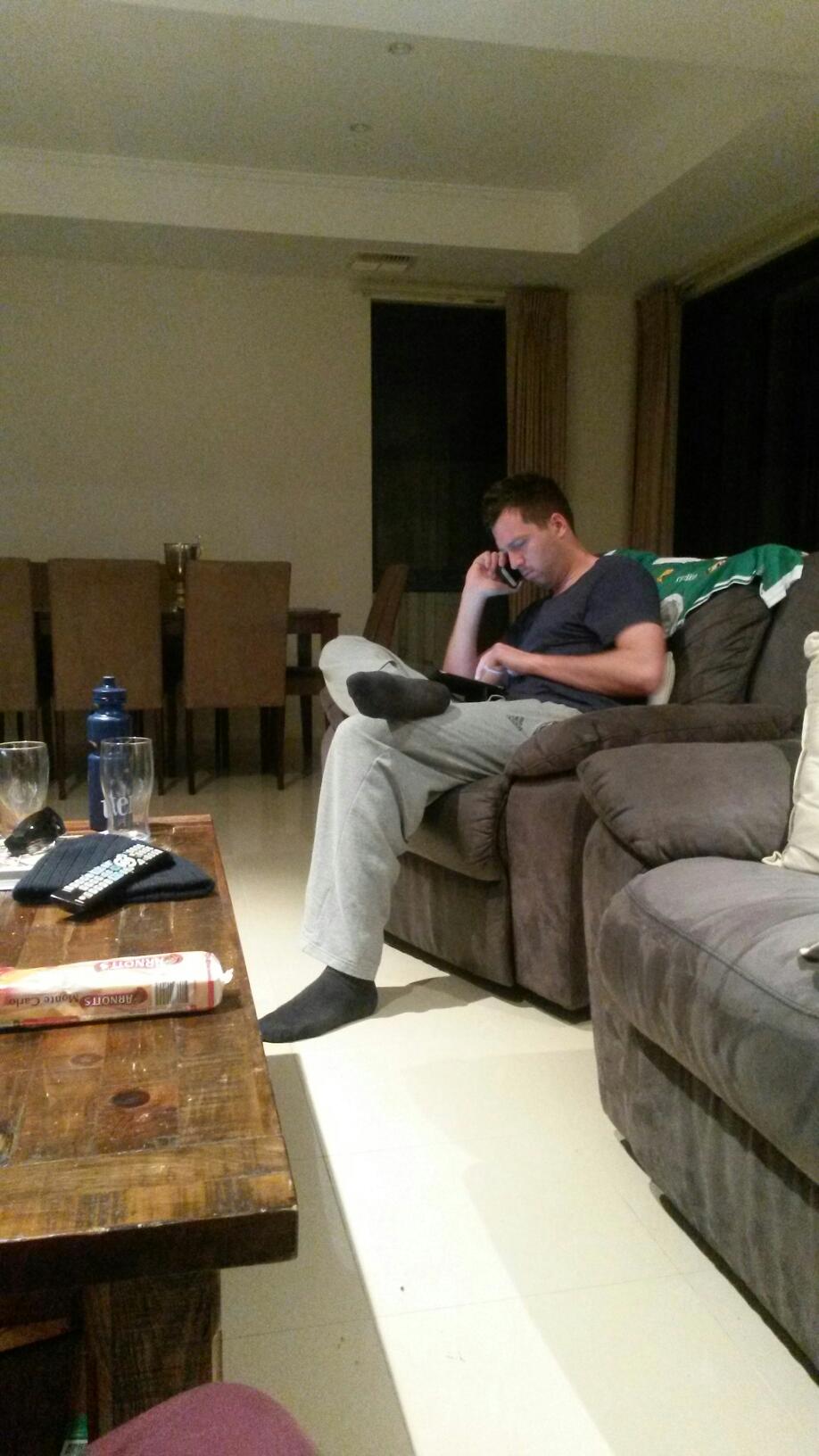 The man, the legend, the manager!

I must admit I rather enjoyed the new job, especially cause it was located in a cool area of Perth and because the team was pretty cool. I was able to brush up on my fifa skills and also on my street fighter skills and now and again do some consultancy work in online marketing. It’s really funny how you can slot back into society and get troubled by silly little things again, but it’s also nice to take a relaxed attitude to things. Very often I was confronted by things which reminded me of my previous job, but the business attitude here is a bit more chilled out, so I was able to deal with things a bit better than I had in Berlin. Let’s just say that a Monday at work in Australia is a bit like a Sunday at home in Europe, you spend most of the day recovering from a hangover and do nothing very productive! This is the result of a Sunday session where you just go out on the lash as you would on a Friday or Saturday!

Lunch and after work were still my favourite times of the working day and Friday after work turned out to usually be a great way to kick off the weekend. Beers and snacks in my new favourite bar, “5 Bar” were the order of the day and it was a nice was to socialise with the work crew. There is a nice little scene here to enjoy and having a few beers with some friends is a great way to also meet other people on you way around the bars. One other thing I discovered was the vibrant comedy scene here and I managed to catch a superb show upstairs in the Brisbane hotel. For 5$ there was a comedy evening with both famous and not so famous comedians and I must admit that is a rally perk of being a an English speaker in an English speaking country. I often missed out that in Berlin, so it was cool to discover this cool scene. If you come to Perth make sure and sample the many cool bars dotted around the city and sample some of the comedy, even if it may only be and open mike night at your local watering hole.

It may seem bizarre, but it was really nice to be part of the Irish community in Perth and it was kind of like living in Ireland for a bit, which was nice for me having not lived in Ireland for the past 10 years. There is a vibrant community there and people hold on strongly to their heritage and customs. Gaelic football is quite big with the Irish community and it brings together people from all over Ireland which is really cool. I had a good few nights out with various Irish people and they usually involved a lot of drinking and loads of Irish bars!

Once I knew that my time in Perth was coming to a close I decided to try and see a little of the west coast of Australia and I drove down to Margaret River to check out what all the fuss was about. Along with my friend Paddy, I had a super relaxing weekend and sampled lots of wines and even went for a spot of surfing. It was a cool weekend and a nice way to round off this part of my Australian adventure. Thanks to all the people who helped me out during my time and thanks to everyone for the memories! Next stop, my European return! 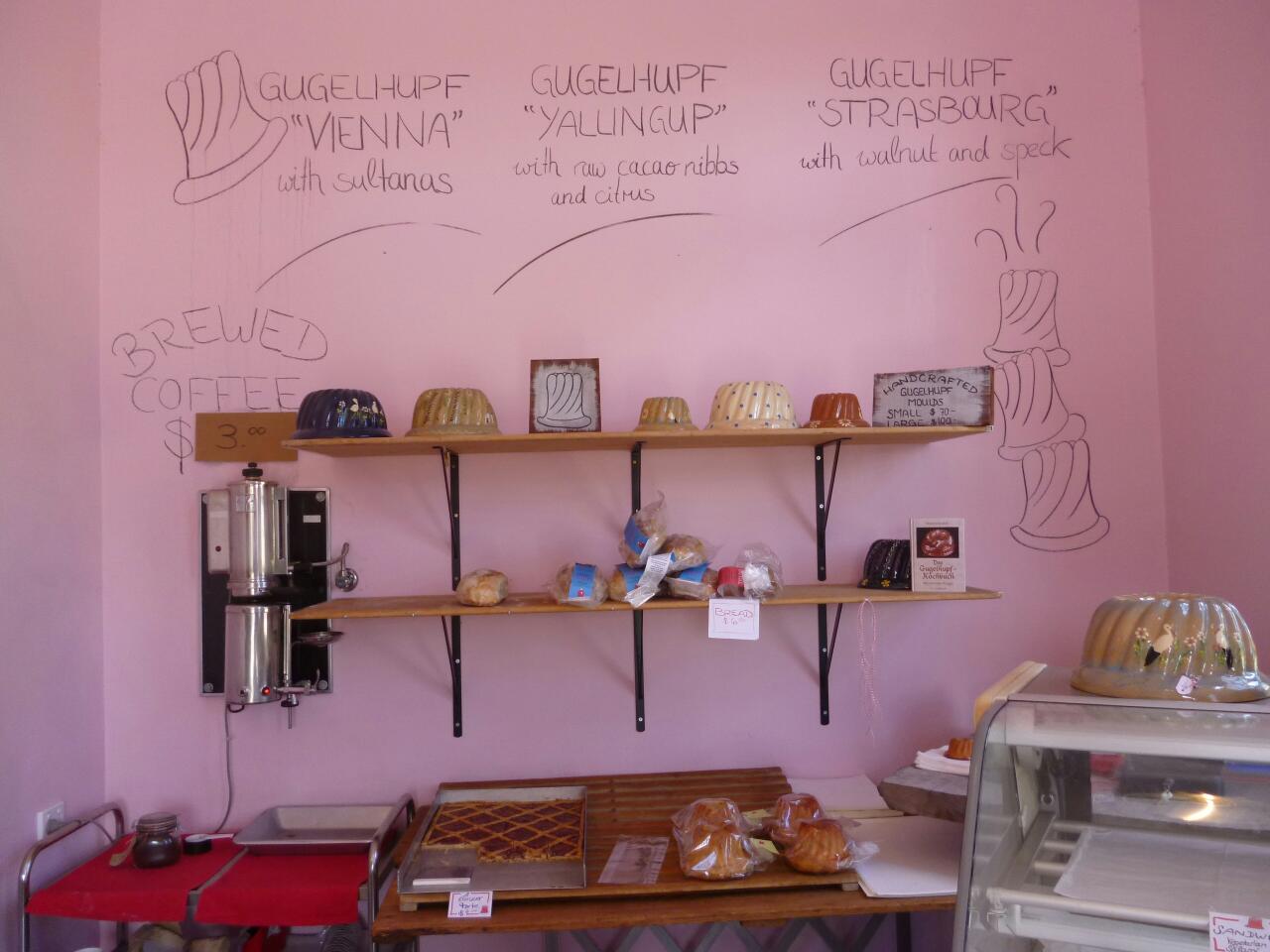 The German bakery, where we met a nice French dude 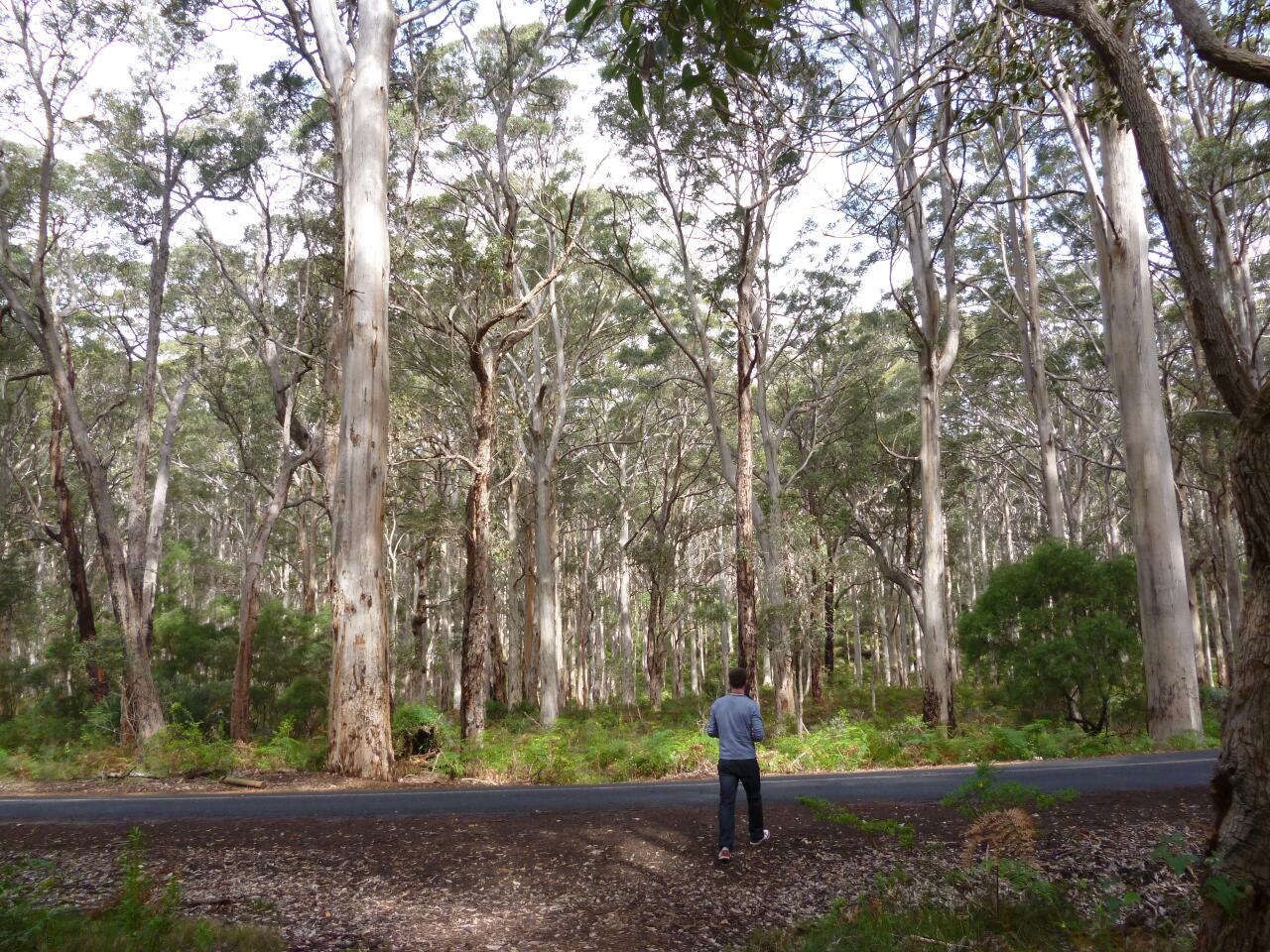 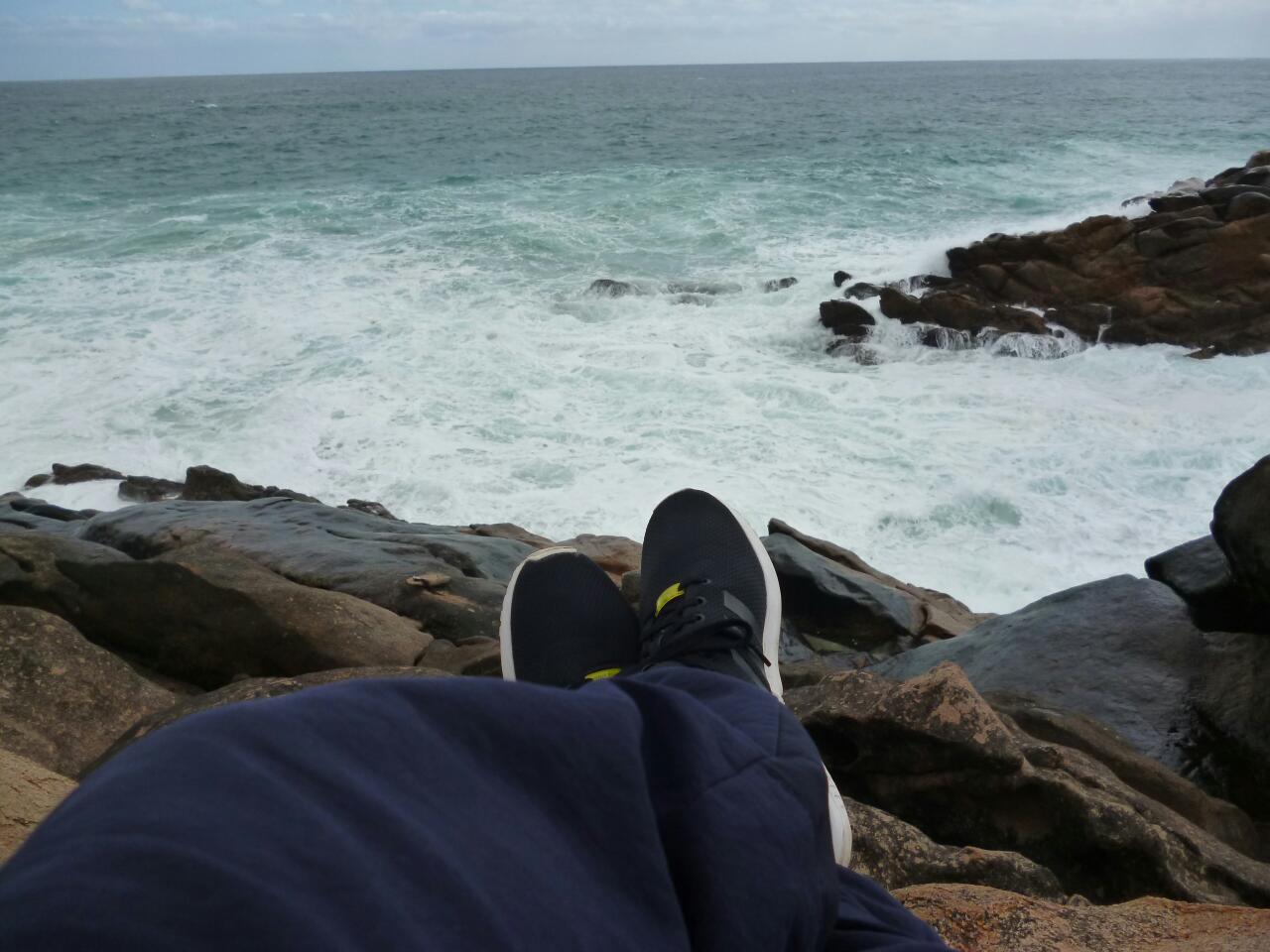 The power is the waves is immense 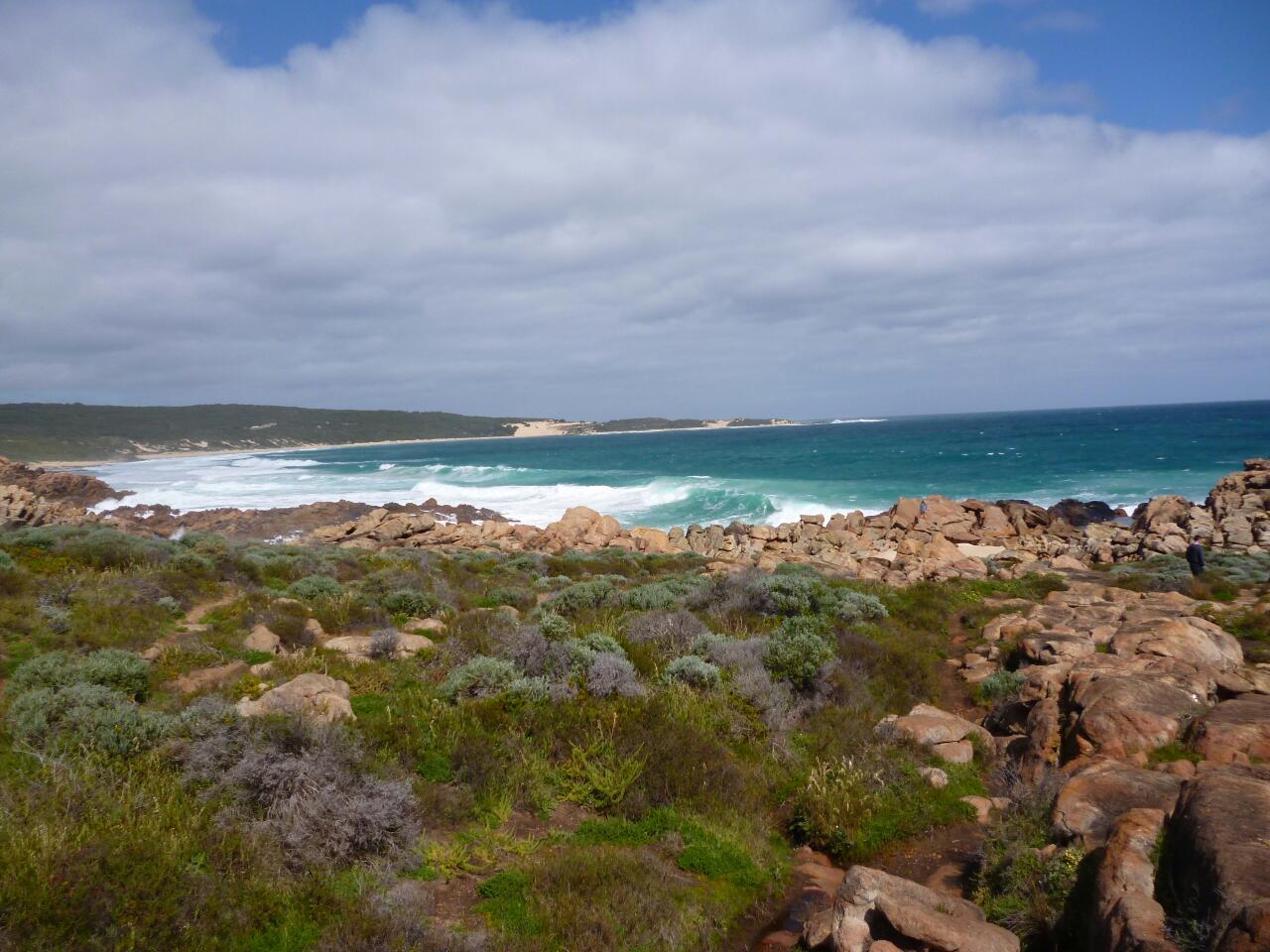 What a beautiful coastline