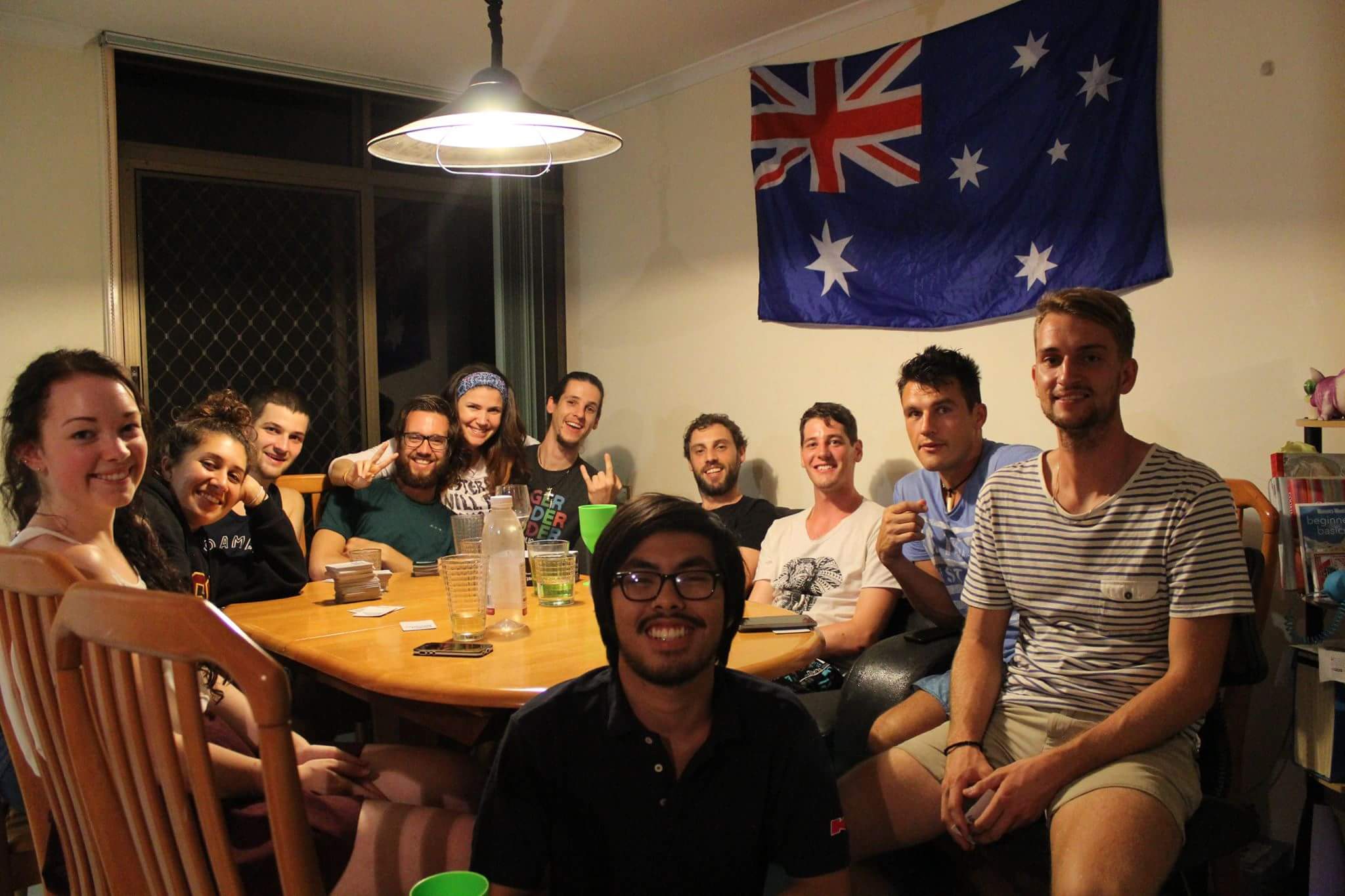 The whole gang, almost everyone in this pic slept here that night

So I suppose most of you will have heard of ‘couchsurfing’ and for those of you who haven’t, it has nothing to do with boards on water or couches on a beach! It’s basically a way to stay with locals for free by simply connecting with a host and sleeping on their couch or mattress or bed or whatever is going really. You can also return the favour by having people stay on your couch in your home.

I decided I needed to get back in touch with some travellers and the vibe at the hostel in Brisbane wasn’t anything like the atmosphere in the hostels in Asia. A flood of 19 year old Germans and Scandinavians on their smartphones not talking to each other didn’t seem to be the way to get to meet new people on the road. Either times have changed or I’ve gotten too old, but whatever the reason the hostel lobby has definitely turned into a place to suck on some wifi and not much else. So I wrote a message to Justin in Brisbane and he accepted me to stay at his place for a few days.

This most definitely was a crazy experience. Justin told me he’d be at work so someone else would probably be there to let me in and when I arrived, there were multiple people there to greet me! Two Canadians, one Dutch guy, one American girl and of course the German guy! Now none of these people actually lived there and the house was fairly small so I began to wonder where we’d all fit in, but a quick glance round the house made me realise that in true aussie spirt she’d be right mate! After saying our hellos we all started exchanging stories and it turned out that almost all of the other couch surfers were starting their aussie adventure here in Brisbane.

When Justin arrived back from work in the evening he brought even more people with him. Turns out Justin had just recently started couch surfing and in the last few weeks had loads of people stay with him and this evening he’d brought a few of them with him. It turned out to be a coo evening where everyone cooked something and we had a sort of pot luck evening – with copious amounts of wine! The following evening was also pretty similar and once again the wine flowed freely!

It turned out be a great experience and definitely got me back in the mood for travelling and meeting new people and it also gave me a chance to get inspired about Australia again and figure out some places to go. Next stop: Cairns