We took the fast boat from Bali to Lombok and dropped off some passangers on the Gili islands on the way. When we reached Sengeggi we took a taxi straight t the homestay, where we found one of the most depressing rooms on our trip. It kind of really hit home as the homestay was quite far from the town so we were a bit cut off from everything. Thankfully at breakfast we met a nice German dude who told that we could upgrade our room for the same price as the depressing room and he showed Steffi how to ride a scooter, which gave us a brighter outlook on proceedings. Renting a bike is super cheap at only €3.50 a day and it just gives you that freedom to explore a bit more and do things at your own pace. The lady of the house was so super friendly and so warm that we actually ended up liking the place in the end, so things weren’t so bad in the end.

We spent the next days just exploring the amazing coastline north of the town and going to various deserted beaches. We visited a really stunning waterfall and were the only people there. On one day we went up into the hills to visit the monkey forest where monkeys roam around freely. What we didn’t expect was for the monkeys to be super aggressive and one of the bigger males took a liking to nibbling off the seat of our scooter and when I tried to shoo him off he showed us his massive sharp teeth. In a panic to get away I almost drove the scooter off the cliff and we were both super happy to get away from those monsters, nothing cute about them at all. After all that stress we treated ourselves to a romantic dinner directly on the beach at a super nice café bar, after enjoying a wonderful sunset, watch the sun go down behind the volcano on Bali. 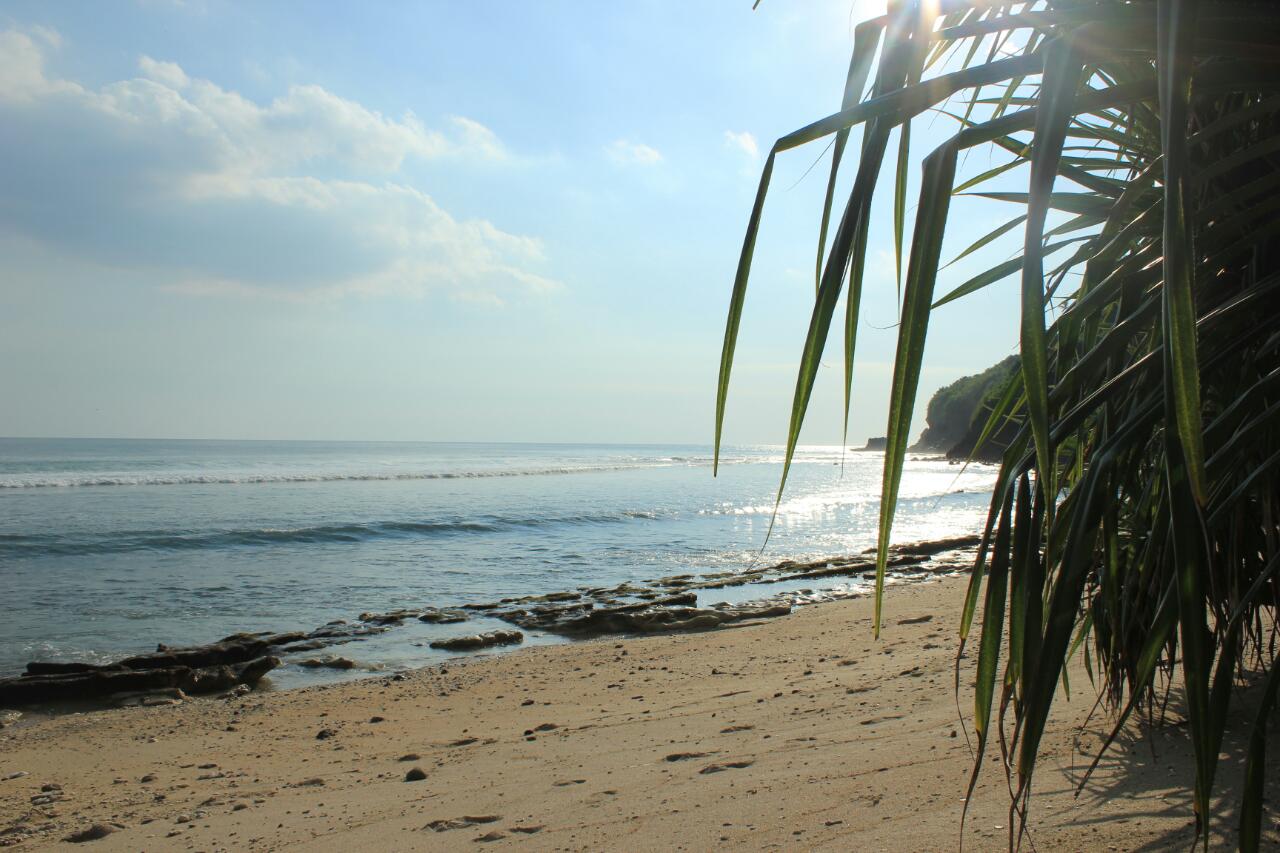 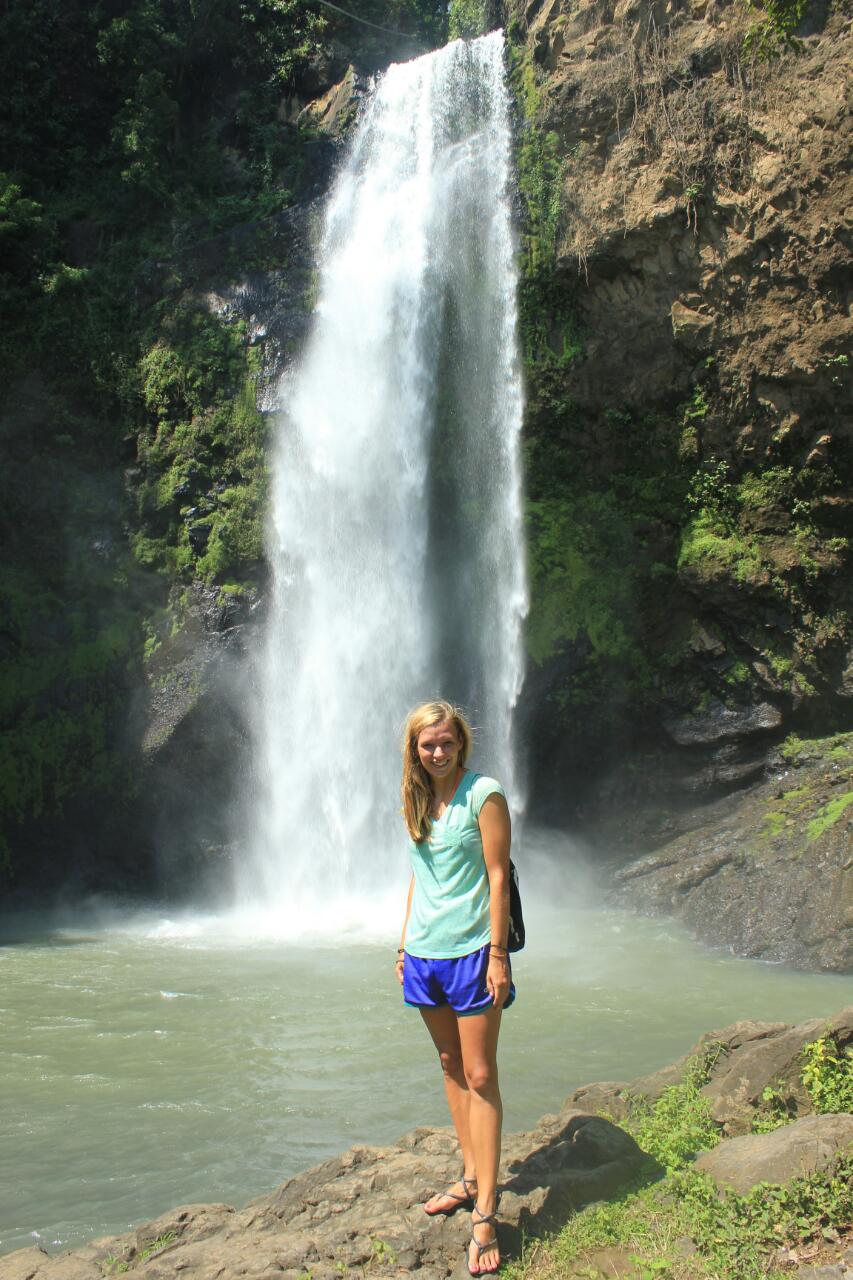 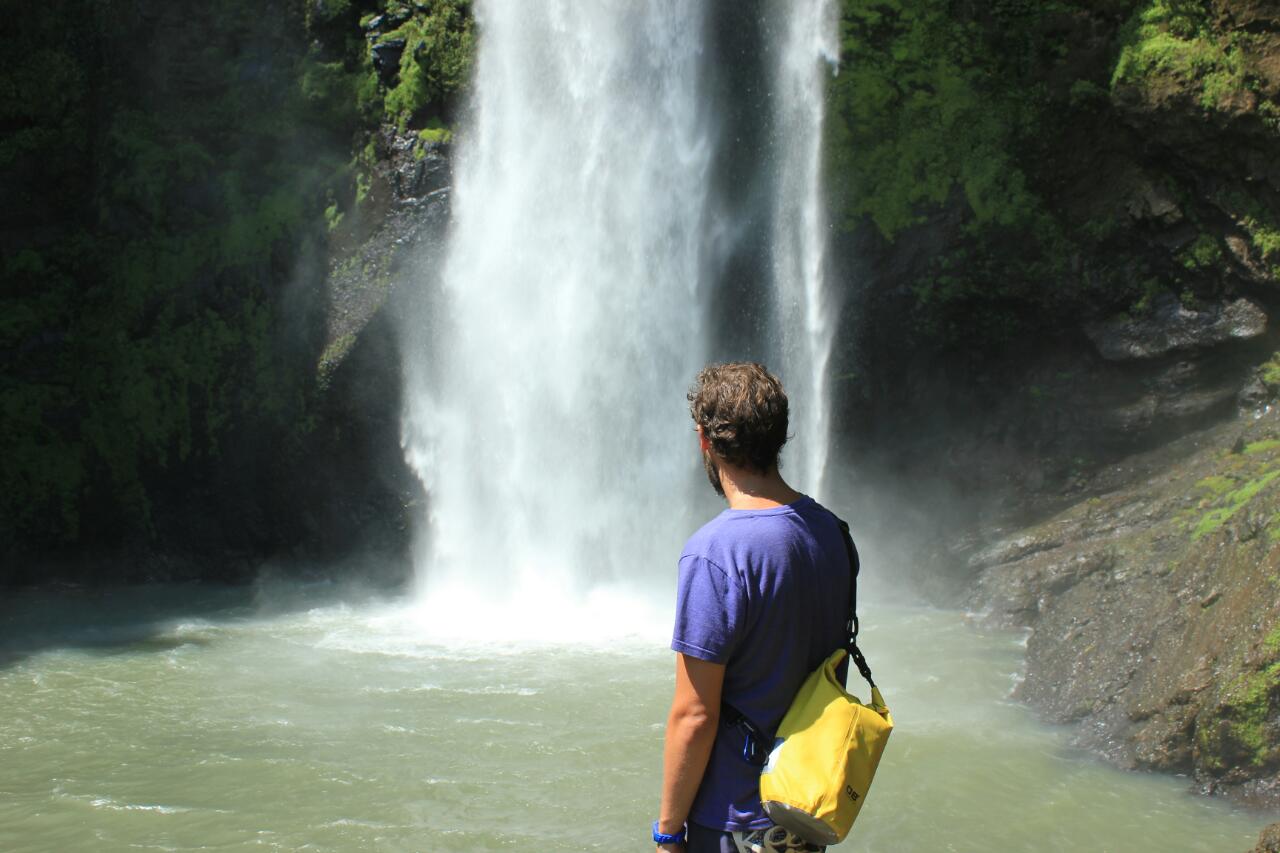 A stunning waterfall on Lombok

Next up was our trip to Gili Air

After returning from Gili Air we had to sort out our visa and make sure we could extend it in Mataram, the capital city of Lombok. We stayed in Sengiggi for another night and on the following Monday morning booked a taxi to Kuta, (in southern Lombok) via the immigration office. We dropped off our documents and passport and after about 30 mins were back on the road to Kuta safe in the knowledge that we could get our passports back in 2 days on Wednesday. I had been a bit worried about the whole process, but it was totally easy peasy. Picking uo the visa involved some serious driving on the scooter but it was worth it.

We spent some really nice days in Kuta and got to know the area really well. Looking back now it was a super time as we had everything we wanted at our doorstep. We stayed in a nice homestay with satalite television, we had a new scooter hired out every day, there was a nice supermarket next door, there were beaches galore only a short drive away and we had a great choice of restaurants nearby. The only downside to everything was the mosque being located right next door and the 4.30 am call to prayer was hard to miss. Somehow you kind of get used to it though. I must say I really enjoyed having the freedom that the scooter can give you, especially the ability to get to beaches, which a bit more out of the way.

We spent one afternoon on our surf boards, but to be honest it was a short lived experience. My patience was not on 100% mode and I got really frustrated as the waves kept smashing me at every attempt. I think I’ll just have to wait until I can go surfing with a friend who can really help me with my technique, otherwise it’s not a rewarding experience and you can lose your rag too quickly.

We spent a day just relaxing at the hotel and chatting to the guys running the place and brushing up on our Indonesian. The people here really make the place soo cool. The guys are always smiling and helpful and are not constantly trying to sell you something, but just want to have a chat to you and know where you come from etc. The guys told us about the best beaches in the area so we decided to just go to one and relax with a drink in hand and watch the world go by from the comfort of our deck chairs and sun shade. It felt so amazing to just be almost alone on this amazing beach and to watch the local guys fish for a living and just not really worry about too much, I could certainly get used to this life!

After having booked our flights to Perth for the 12th of June we knew how much time we had left and we really wanted to make it as far as Flores, so we knew we had to hit the road at some stage. We said goodbye to the lovely guys at Krishna homestay and started out on our 28 hour journey to Flores.