What to do in paradise? Sunbathing, yoga, snorkeling or just have a bite to eat and a nice cool Bintang beer to wash it down. Whatever you do here you won’t be doing it in a rush. Gili Air is so laid back and easy going you’ll probably just loose track of time and dates and any other worries you may have. There really isn’t that much to do, but that shouldn’t be a worry as you’ll get addicted to doing nothing.

After a few days on Lombok where we spent so much time just exploring on our scooter, Gili Air offers a change of pace with no motorised transport on the island. If you want to get around it’ll be on foot, on a bike or on a little horse-drawn cart. Getting here from Lombok is super easy and as long as the sea isn’t choppy, it’ll be smooth sailing all the way.

We got off the boat and were attacked by the usual dudes trying to push their homestay or bungalow on you. I’d done some research in advance and there was a mixed amount of guesthouses, bungalows and resorts available. I was hoping to just arrive and sort something out and try and get a good deal as it’s not high season here. We chatted to one guy who took us to his bungalows, which looked amazing and I was sceptical as to how much it would cost. He said around €18 a night with breakfast and air conditioning, which was a great deal. I chanced my arm and got him down to €14, which was a superb deal! After all that haggling it was time to hit the beach and cool off.

Gili Air is not very big at all and as I mentioned there is not so much to do. What we did do a lot of was snorkeling and we saw some awesome creatures. We saw some super fish like our friend the trigger fish, some enchanting turtles and even a baby reef shark. We managed to get some cool shots and it is so amazing to swim down deep and have this marine wildlife so close. Check out some of the awesome pictures; (thanks to Paddy for the underwater camera) 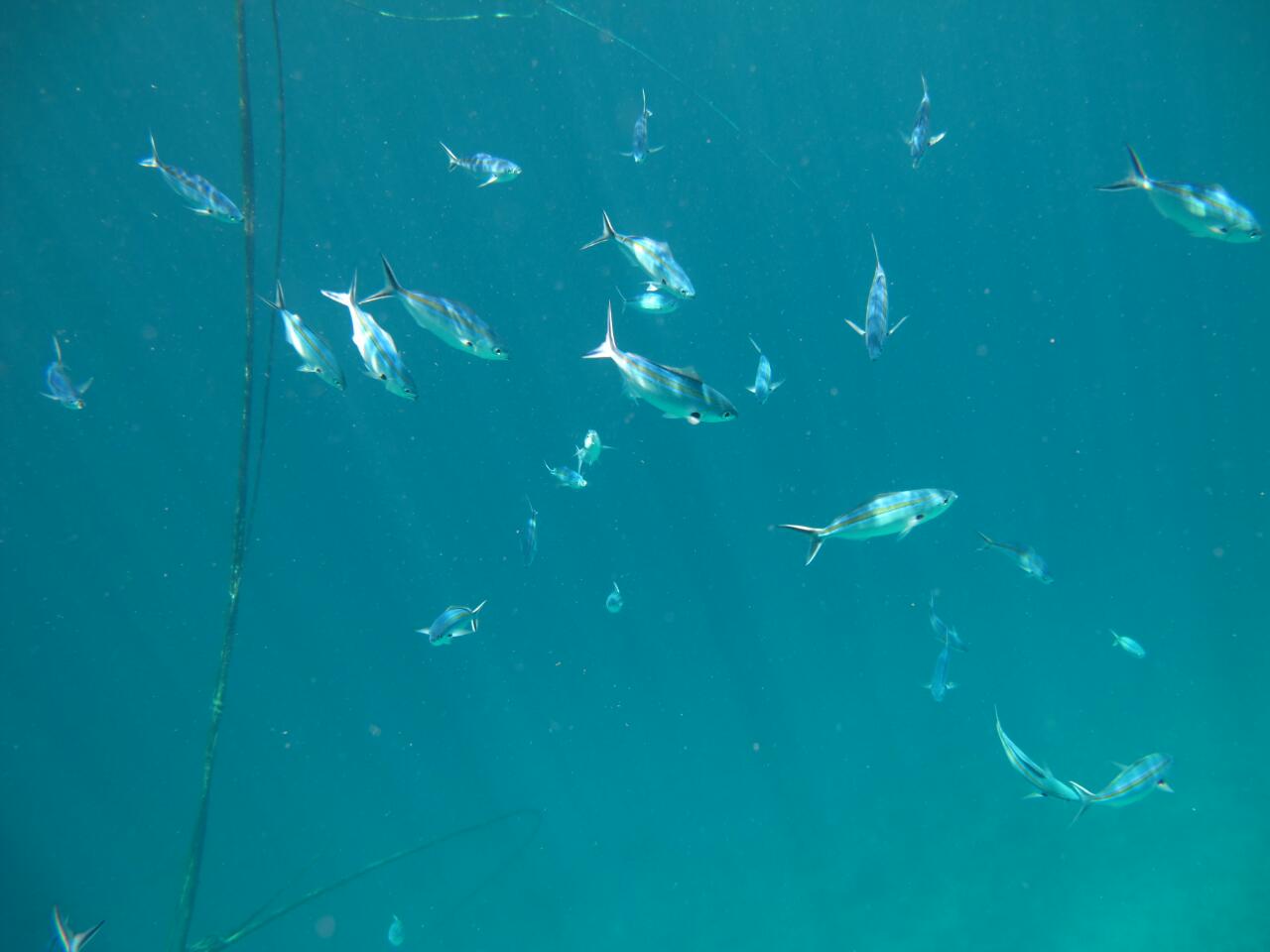 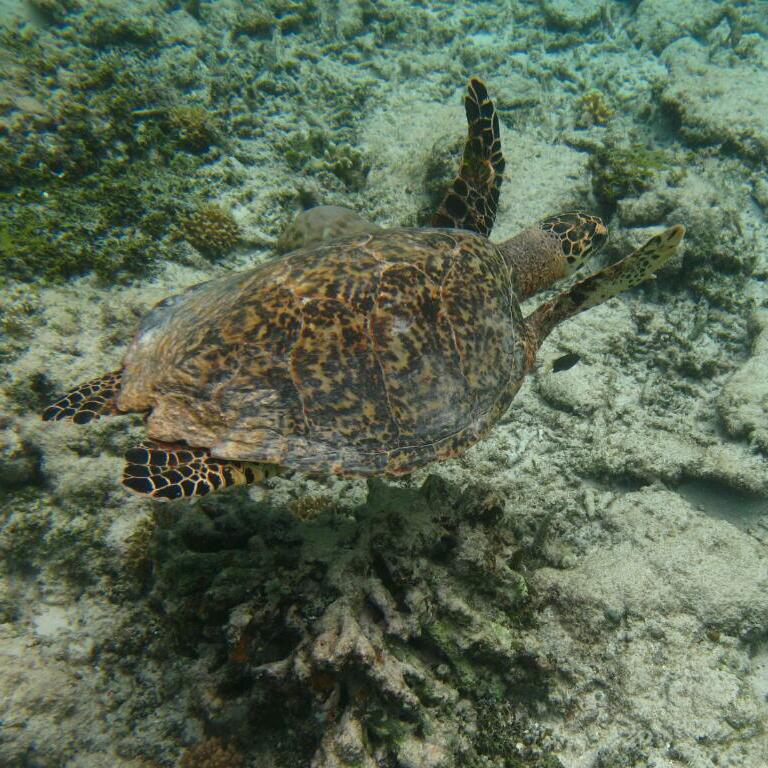 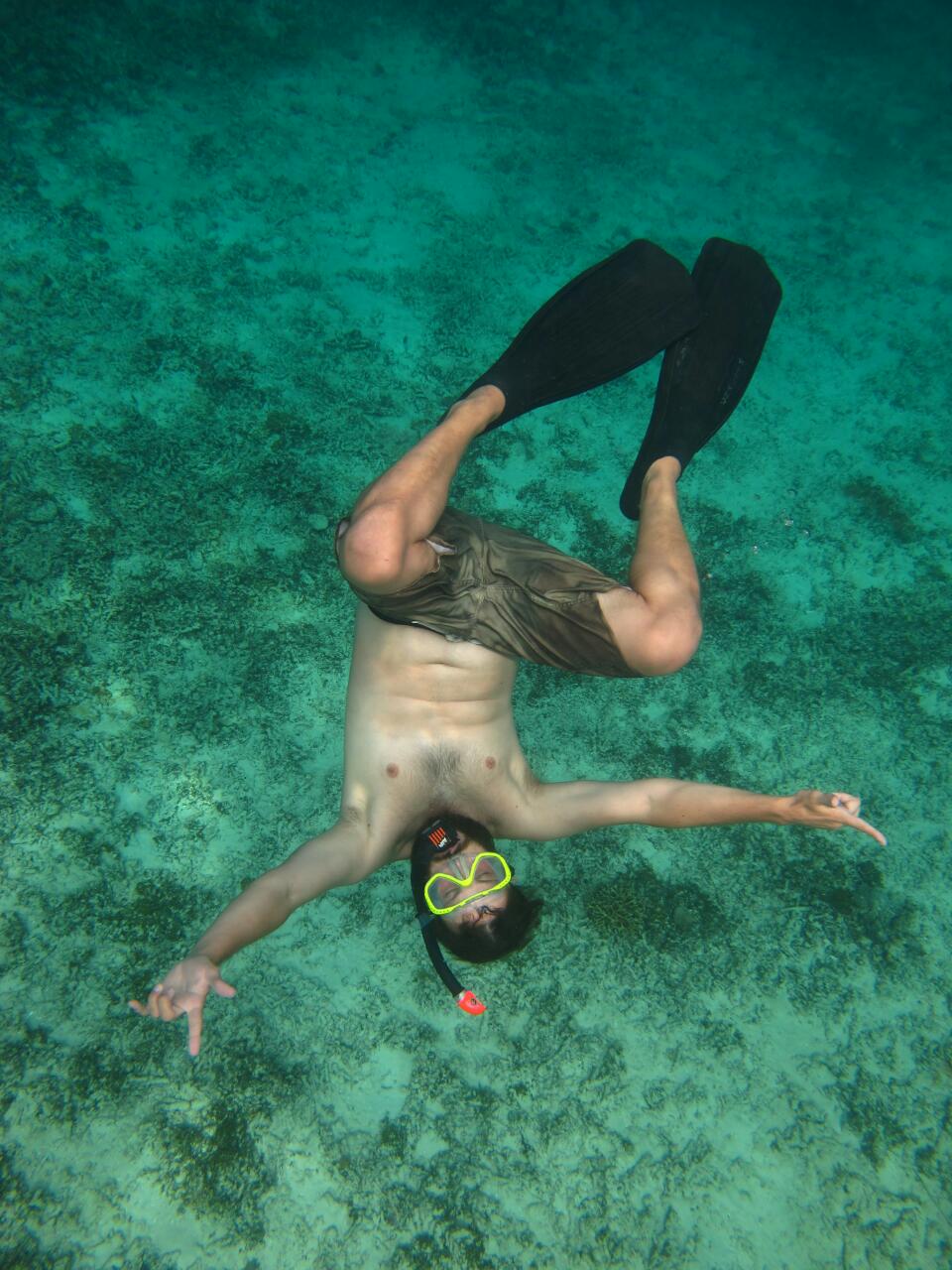 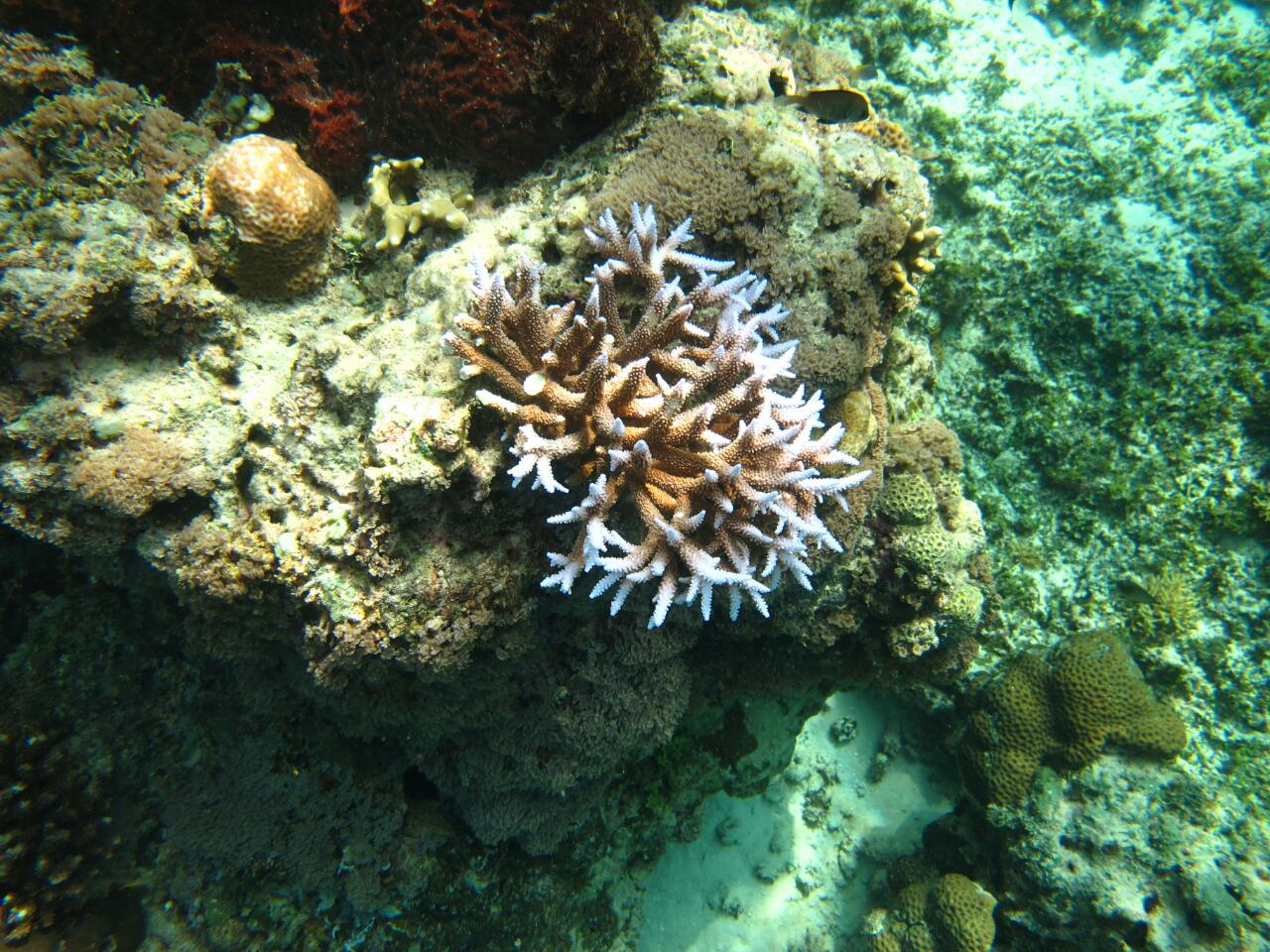 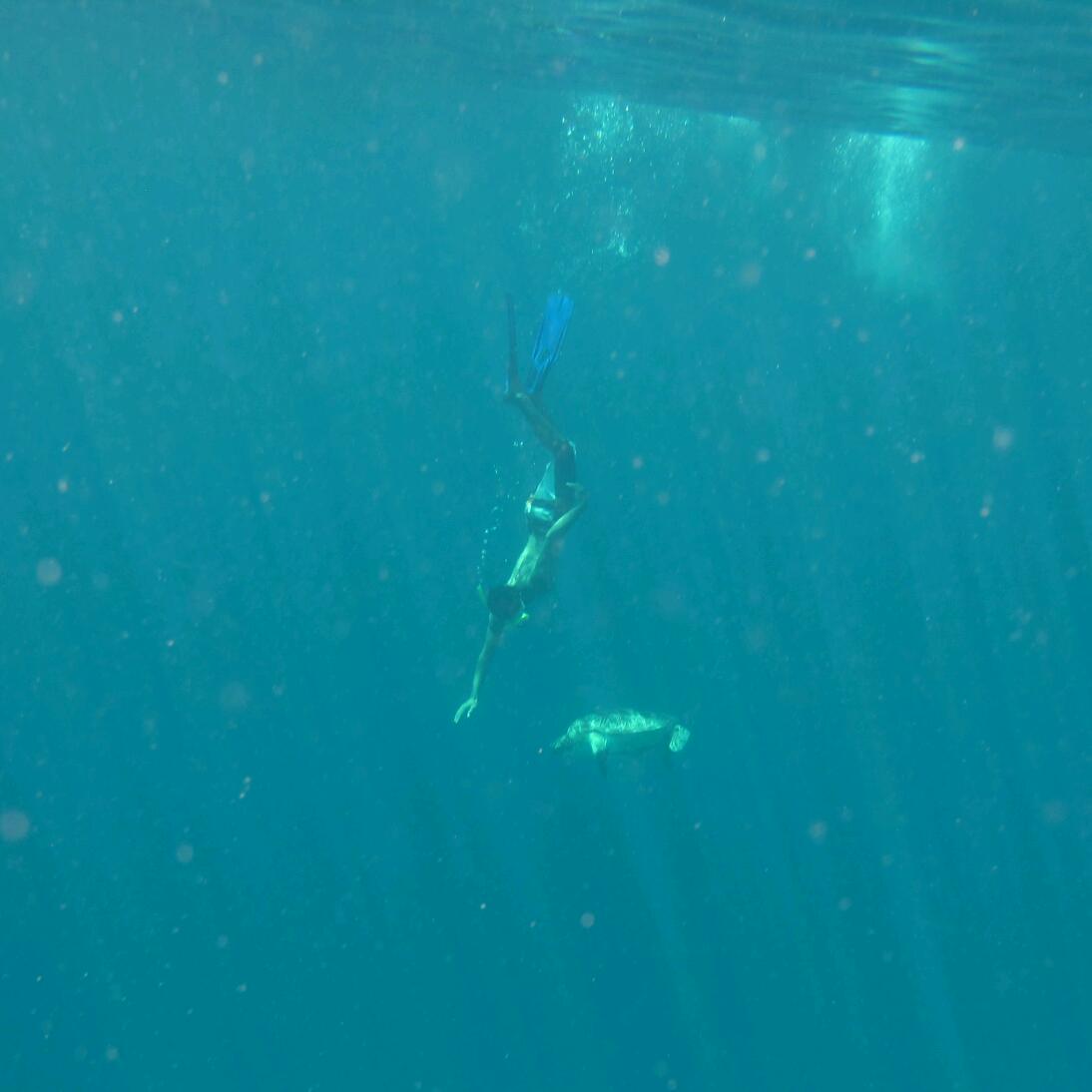 My Irish friend Paddy arrived from Perth on day 5 on the island and it was so great to see him. He was able to come visit us on his holiday from work and just like us was interested in seeing some wildlife under water and relaxing. Island number 4 was visited as part of our snorkeling trip and it was a beauty. Gili Meno is home to loads of turtles and it was so fantastic to see these magnificent creatures just gracefully gliding through the water.

Even though Paddy had joined the group the plan didn’t change all that much. We spent a fair lot of our time at the beach and treating ourselves to some yummy food for lunch or dinner. In the evening we’d usually just grab a beer and sit near the beach or at a small restaurant and digest the days events or talk about old times. 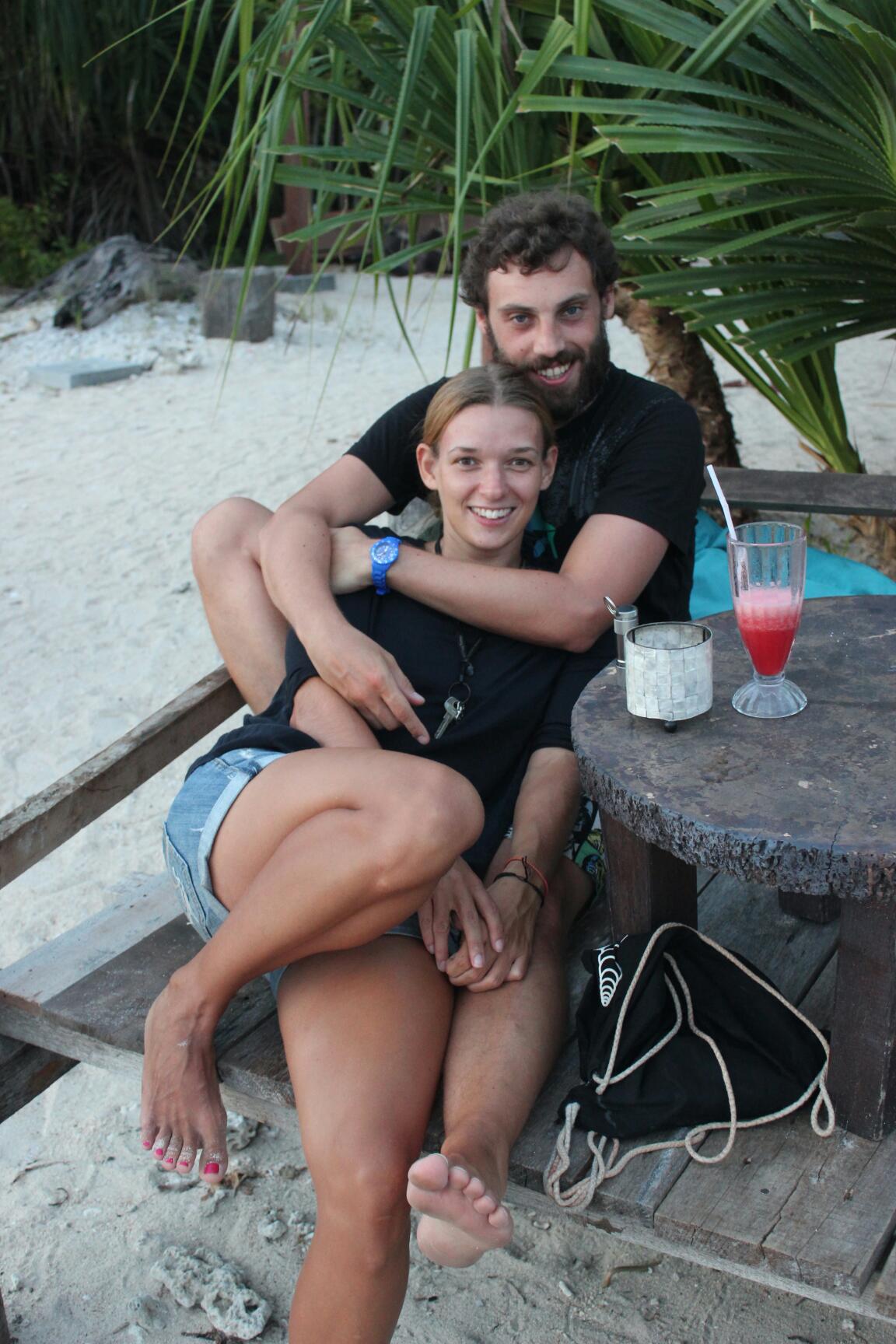 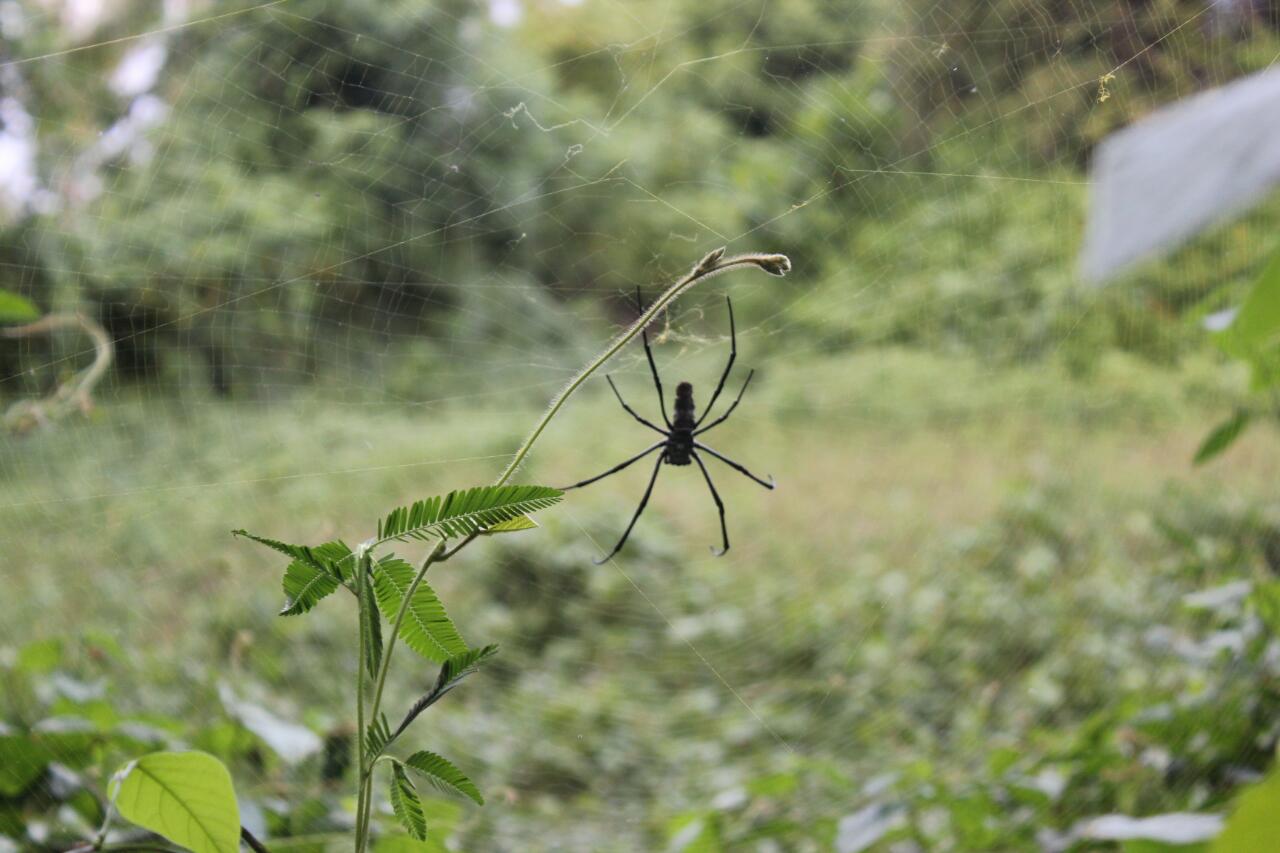 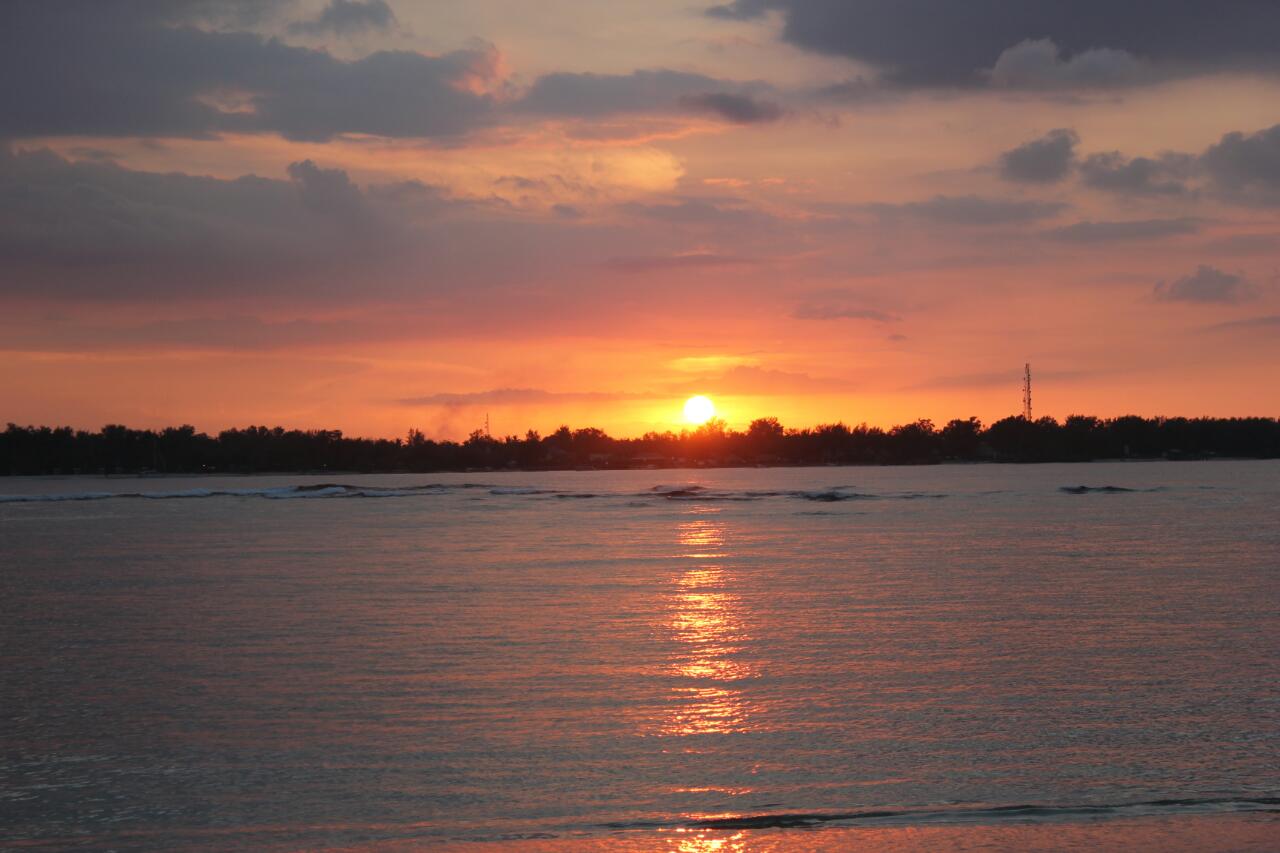 Sunset after a beautiful afternoon on Gili Air

Paddy had to return to work in Australia so I brought him to the boat and waved goodbye for now, looking forward to seeing him again soon in Perth. We spent two more days on the island as we knew it would be pointless to go to Mataram to do the visa on the weekend. We went to a couple of movie nights in one of the restaurants and had our last meal in the wonderful restaurant “Rubys”. On Sunday it was time to take the local boat back to Lombok and then the transfer bus to Sengeggi. Next up was Kuta Lombok!