After Hue we were a bit annoyed,  but we had our hopes pinned on Dong Hoi picking up our mood. The town is about 4 hrs from Hue and I’m not really sure if it’s famous for anything apart from being on the road between Hue and Hanoi. The journey from Hue to Hanoi is supposed to take 15 hrs, but we cut our planned bus ticket short to get out in Dong Hoi. Destination was actually the caves in Phong Nha, a town in the mountains about another hr from Dong Hoi.

We had booked a hotel in the town, but we were unsure where the driver would let us out on the road. Due to the fact that we had changed the original route we had to change the bus company. This was a step down in class from Sinh Tourist and basically involved a not so clean and modern bus and the Vietnamese concept of cramming the bus full. Normally in a sleeper bus there are 3 rows, left, center and right as well as top and bottom bunks. That adds up to about 40 spots. With the Sinh Tourist company they just fill the reclining seats, but other companies stop along the way and pick up people and stick them in the aisles. A scary thought and a strange experience to see. You just see the people getting on, laying in the aisle and dropping off to sleep. Fair play to them.

So we got dropped of the bus in Dong Hoi. This I knew thanks to the GPS on my phone. What I didn’t know was where the he’ll the hotel was. This was the beginning of a sort of personal highlight so far. We were a bit confused and had just landed in the town somewhere in the dark. It was late, around 11 pm and we were a bit groggy from the bus trip. We decided to ask at a local street food restaurant where the street or hotel may be located. One man sprang up and was eager to help, somehow we were a bit sceptical. We showed him the hotel name and street and that seemed to ring a bell with him. He said in his broken English that it was about 3 km away. We were even more sceptical now as we were told the bus driver would drop us off about a 5 min walk to the hotel. I thought the man was perhaps a taxi driver as he was well informed and said he guessed it would be about 20000 Dong, about a Dollar. We decided to say YOLO and get into a strangers car. What we hadn’t actually understood was that the man was just a normal decent guy helping some stupid tourists and turned around to unlock a bank spanking new car. It then went click in my head that he was being kind to us. He drove us to the hotel,  shook our hands and off he went, back to the restaurant to finish his dinner!

We were quite tired so it was an earlyish night in the very nice hotel. Our tour to the caves started at 8.15 am so we packed up our bags, grabbed a quick brekkie and got started in the minibus. The trip up the mountains took a little over 90 min and along the way we got to stop to take some pics. The views are amazing and the scenery is so incredible. We made it to paradise cave and hiked up to the entrance. It was a bit of a way but once you get into the cave it’s totally worth. This cave was discovered in 2005 by a local man out hunting. In 2006 a British caving team explorer th caves fully and found them to be 31 km long. Only since 2011 has it been possible to visit the caves here and you can still only explore parts and for various amounts of money. For 3000 Dollars you can even do a trek for 7 days including sleeping in the caves. We’d decided that 1 km was enough for us and it’s enough to really get an idea of the sheer size of the cave. My camera couldn’t deal so well with the varying light situation  so pictures were not really that great.

After the dry cave it was off down the road a bit to enjoy an beautiful traditional Vietnamese lunch, consisting of BBQ meat, rice noodles, rice, veggies and lots more. Very tasty and hit the spot after such a strenuous day in the mountains. Next up, zip line!! I’ll try and get the video up soon so you can really see the concept, but it was soooo much fun. You zip line down from one side of the mountain, across a lake or river to the other side of the water where you then hop in and swim into the cave. By this stage we only had our swimming stuff on as well as a life jacket and helmet with light. In the dark cave it was pitch black except for the light on your helmet. There were only 6 of us in the group which made it all the more special. Inside the cave we got to wade through water, swim, climb and discover on our own. A highlight was the mud cave, where you could walk for maybe 50 metres into a bigger cave which was basically a massive mud bath. We played around there and then came back out and washed off. We then left the cave a  paddled back to the base camp in canoes. I even did another zip line where you can jump into the water at the end.

It was an amazing day and one of the highlight of the trip so far. Well worth the money. We finished the day in the village of Phong Nha and basically spent 5 hours in a cafe, then got the night bus to Hanoi. The detour from original route was really worth it and I’d recommend it to anyone visiting Vietnam.

Next stop: the capital! 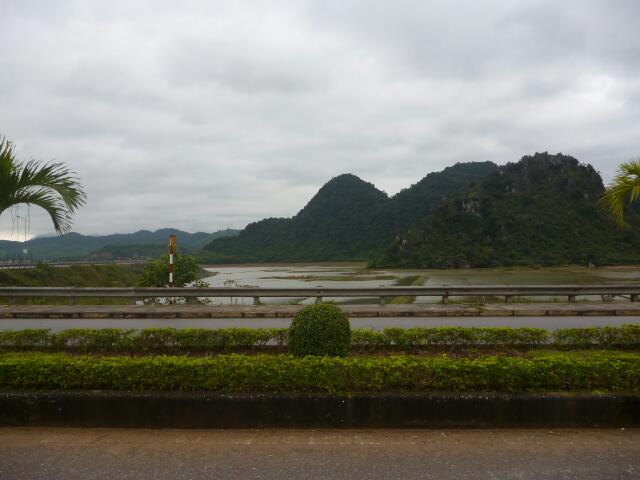 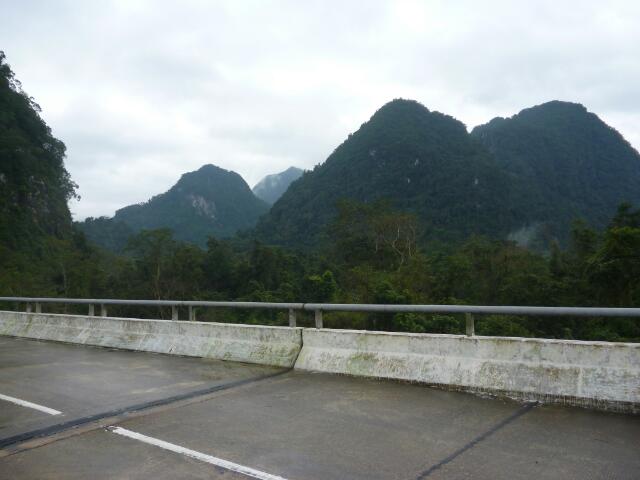 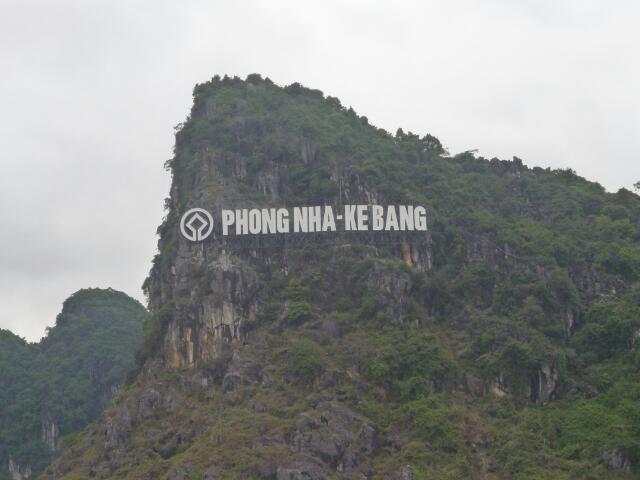 Spectacular views on the way to the caves 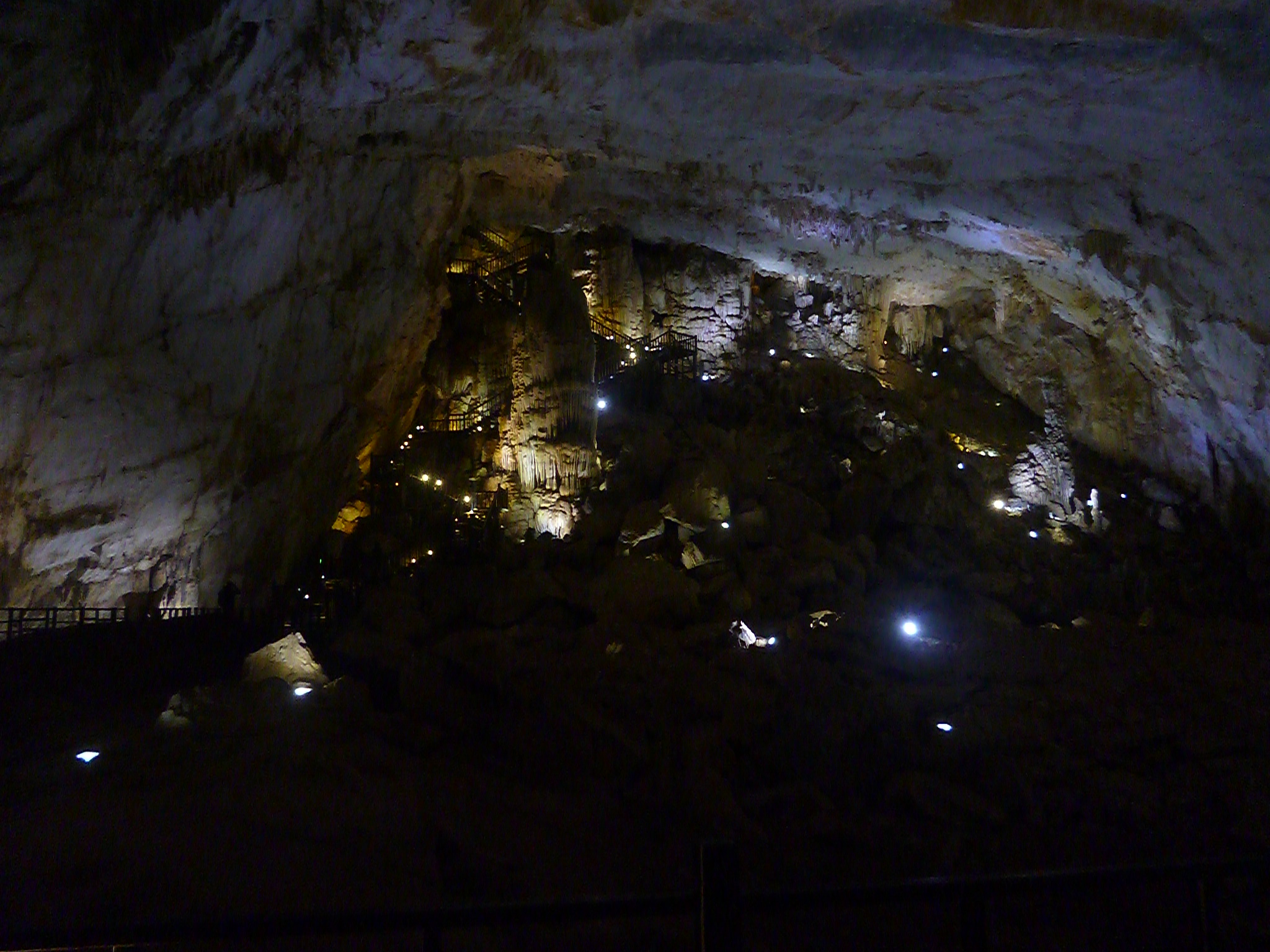 Difficult to really do these amazing caves justice with my camera 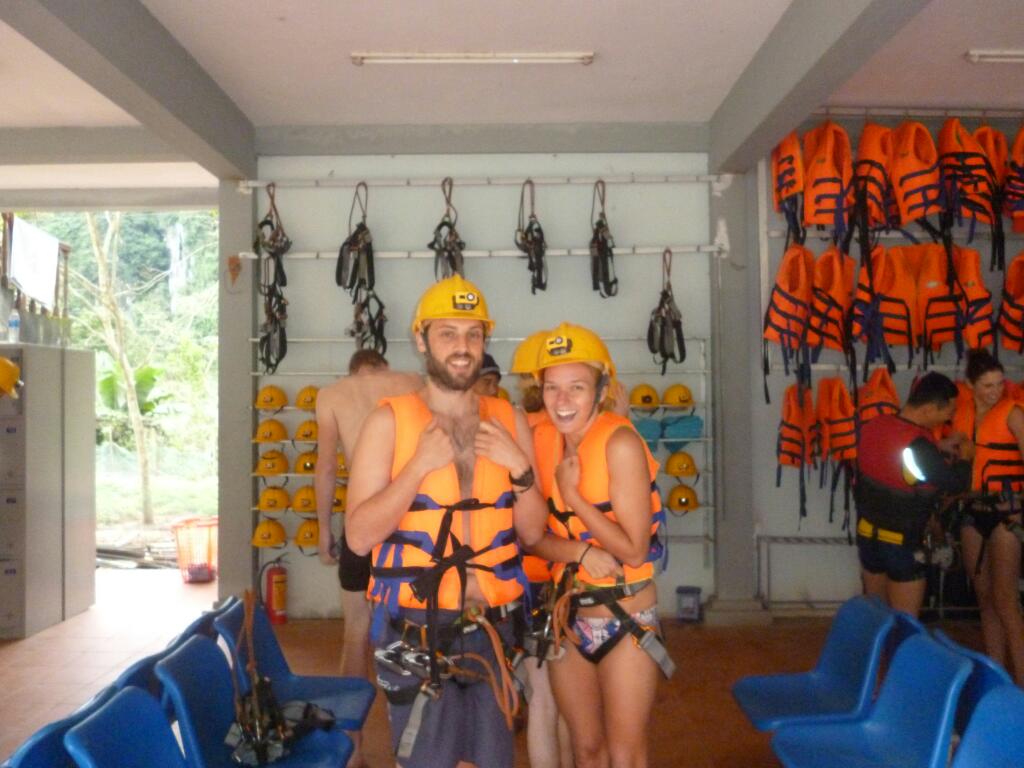 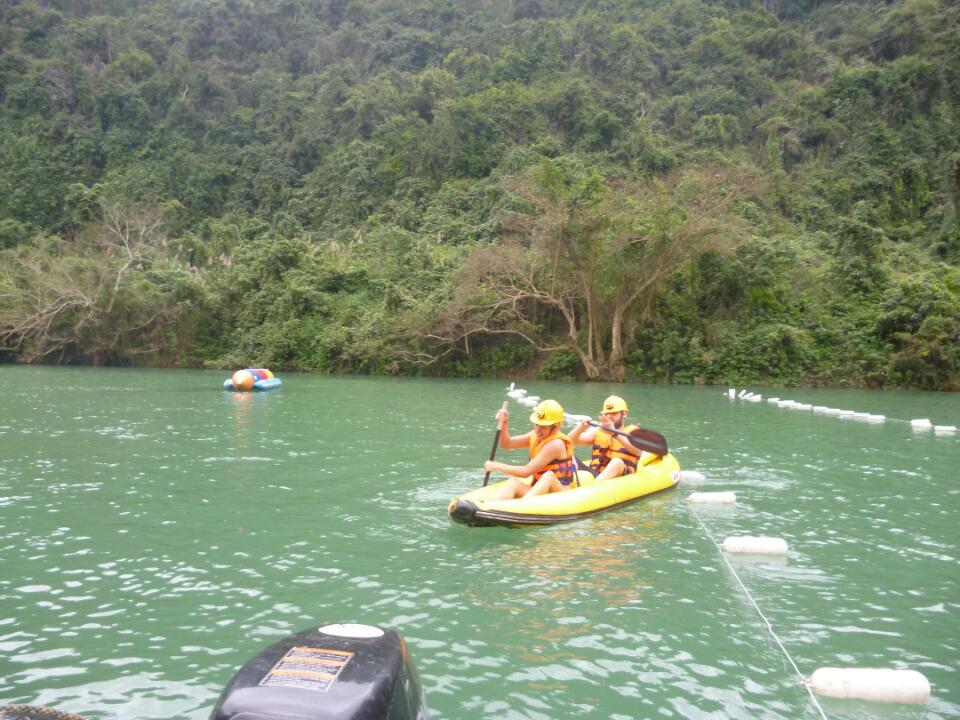 We had to paddle back to the base camp, by this stage we were really freezing 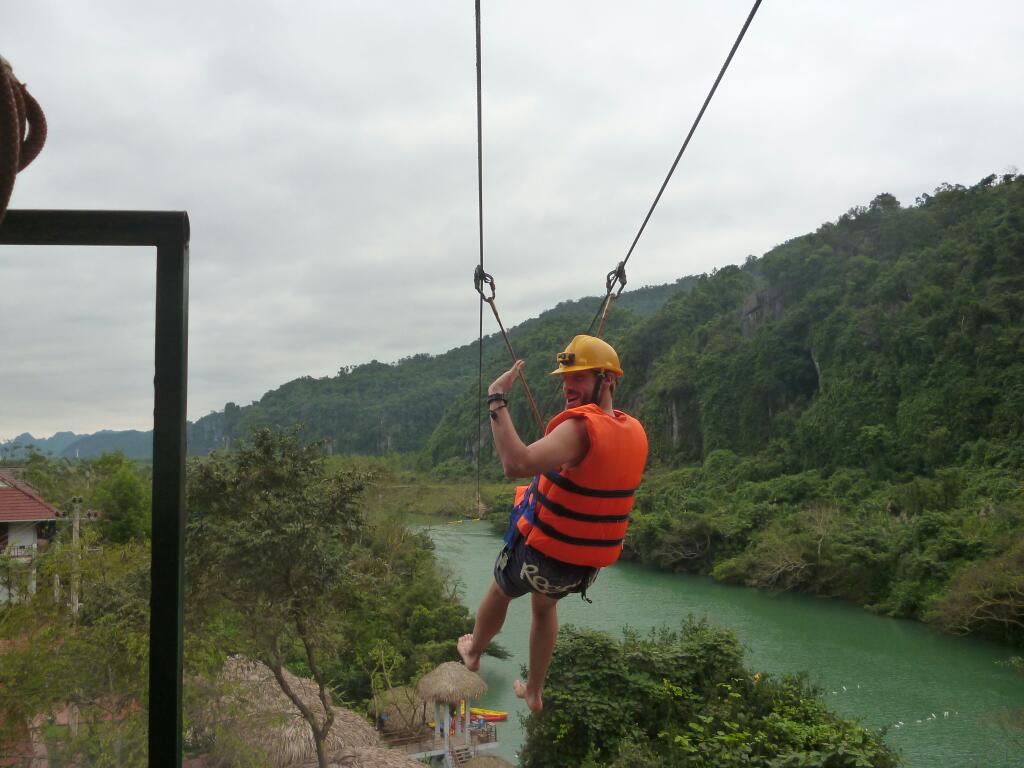 Zip line down to entrance of the dark cave