So today we went canyoning. Basically absailing and then the extreme version, absailing down a waterfall. I really have to admit I was a bit sceptical about coming to Da Lat but this adventure really made the trip here worth while. Da Lat is a fairly small town in the mountains and it takes quite a while to come up the mountain in a big bus. Once you get to the town located at about 1500 m it doesn’t seem like much but it is a refreshing change from Saigon.

So we woke up early, had breakfast and then got picked up by our guides, Tom and Hung – two proper funny and cheeky viatnamese dudes. A short taxi ride later and we were already there at the waterfall. After some short introductions we got underway with a small drop off the first cliff, maybe a drop of about 6 metres. Easy going. Then we did some water slides down the rocks in the river. Then came the good stuff, a drop of about 11 metres down the rock face. A bit more skip needed here, but easy enough to get warm for what came next : absailing down the middle of a waterfall. Oh yes, proper adventure and water everywhere! I think the photos will give you an idea of what we were up against. It was about 15 metres down the middle of the waterfall and the last 5 metres were a freefall drop into the pool below. It’s a bit nerve wracking to just let go but totally safe and fun. It really was sensational to just slowly slide down the rope and ease your way down the waterfall. The sun was shining so plunging into the water was a nice way of cooling off.

After that we did a cliff jump from about 11 metres and that was soo cool I went back for a second go. Every time you do something like that you always have that moment in the back of you head saying “is this a good idea”, but I find you just need to do it and the get up again and go again otherwise you’ll develop a fear of doing such jumps or a fear of heights.

The last part of the was called the washing machine. Basically a drop comprising 3 parts; the slow absailing down, the quick slide down the rope into the waterfall and the last part is jus letting go and letting the power of the water swirl you round and bash you about a bit. After that you get spit out and can just lazy river your way out!!

All in all an amazing experience and something I’d do again in a heartbeat.  Thanks to those dudes at Groovy Gecko 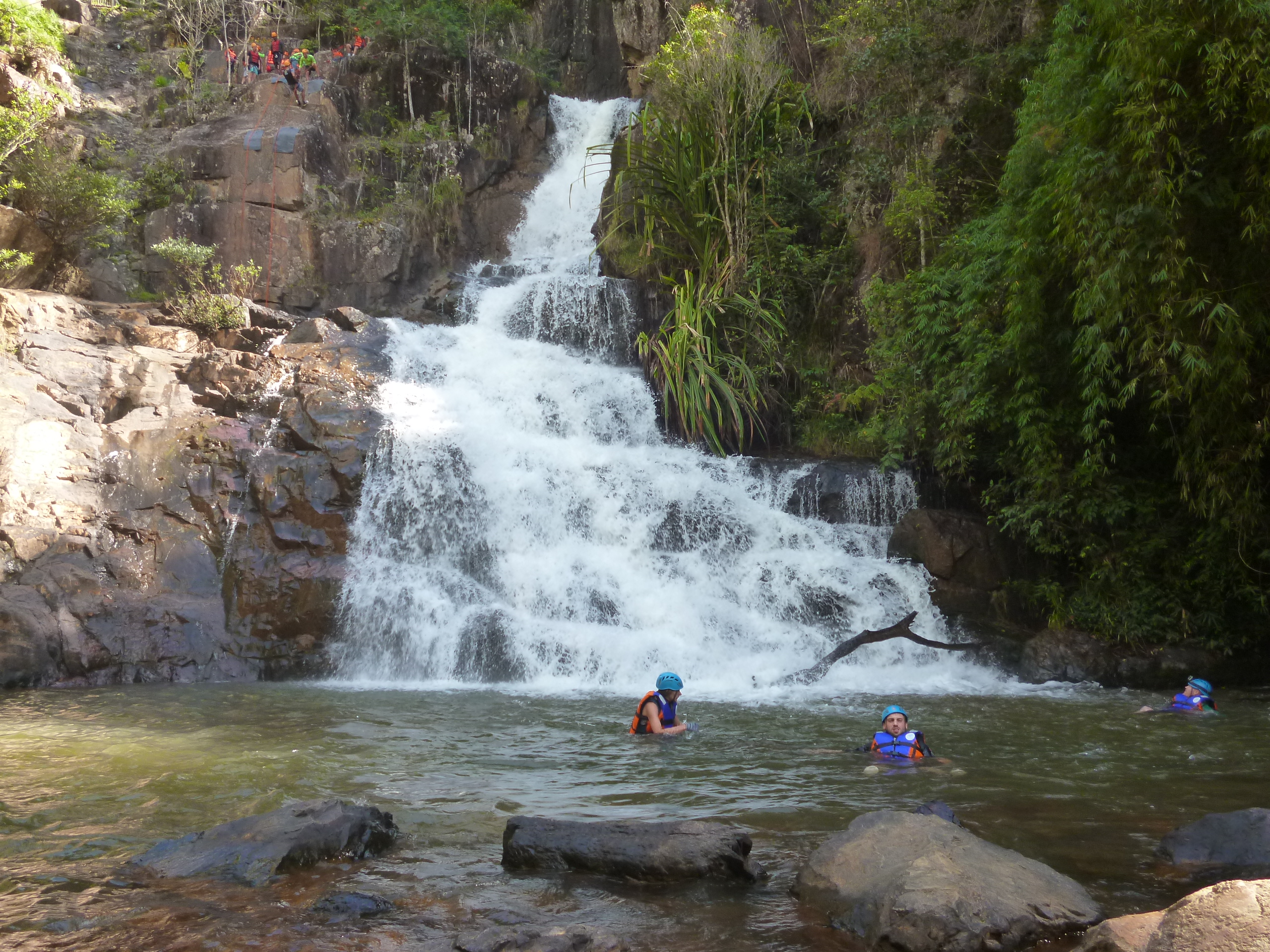 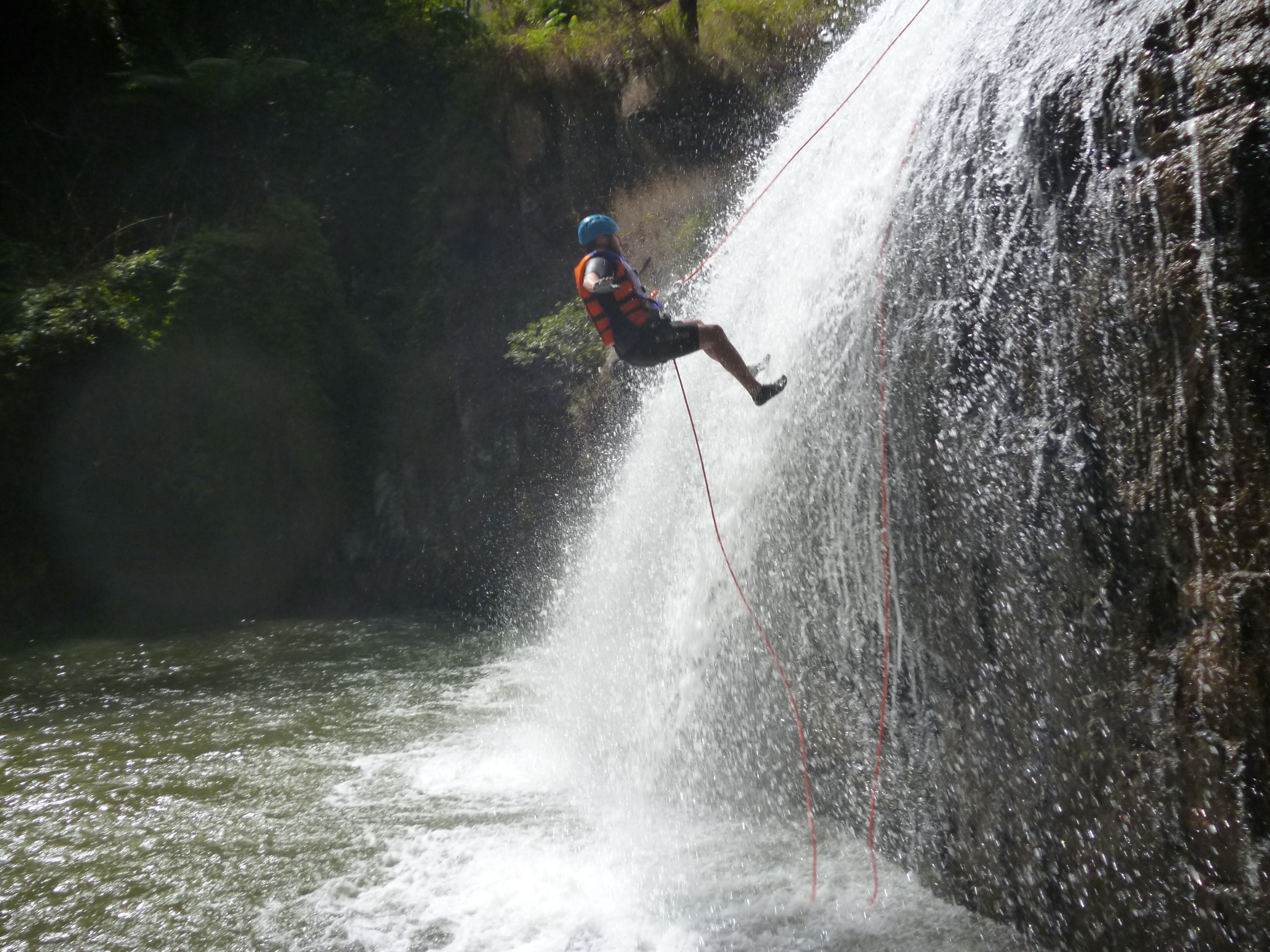 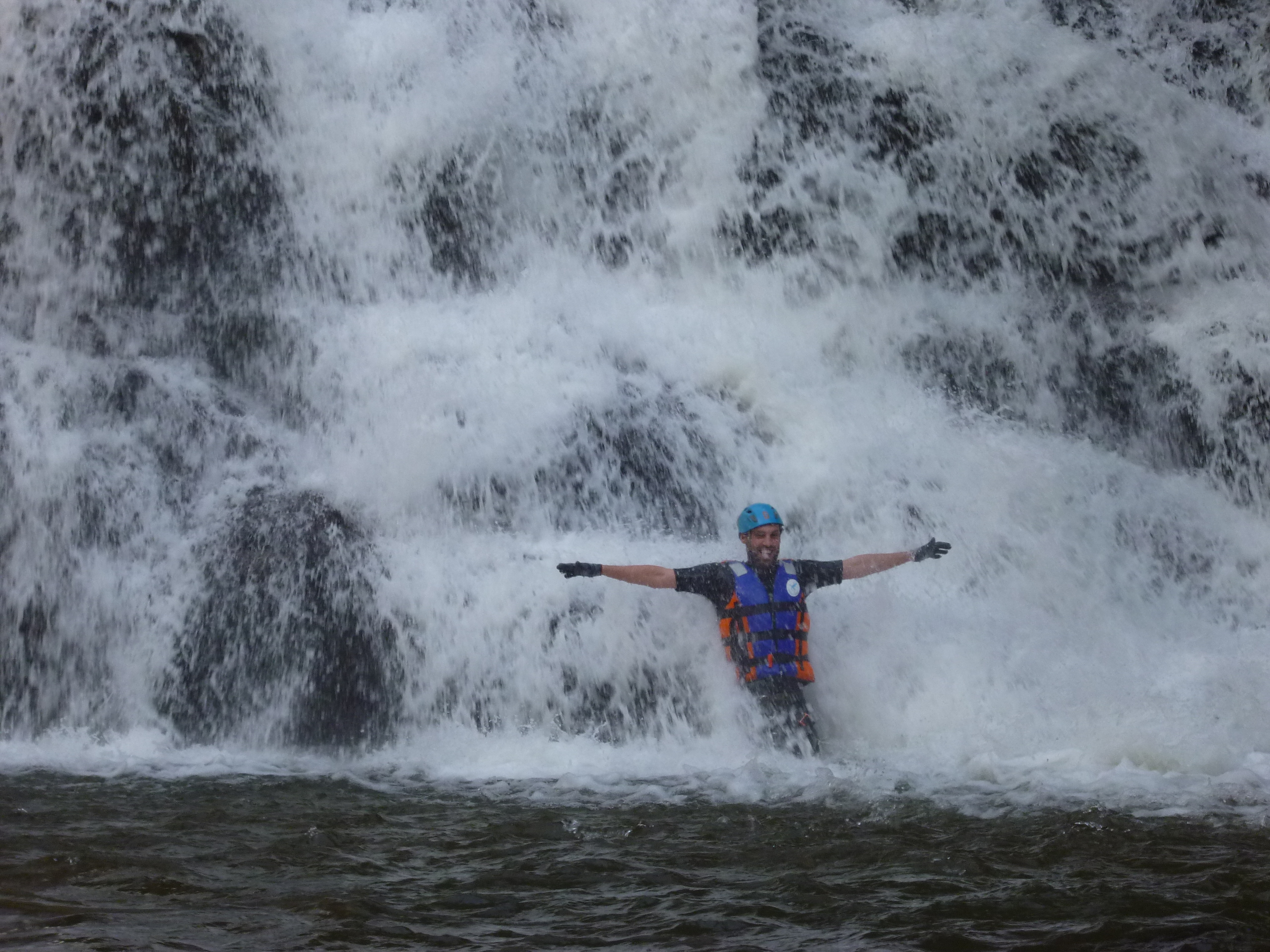 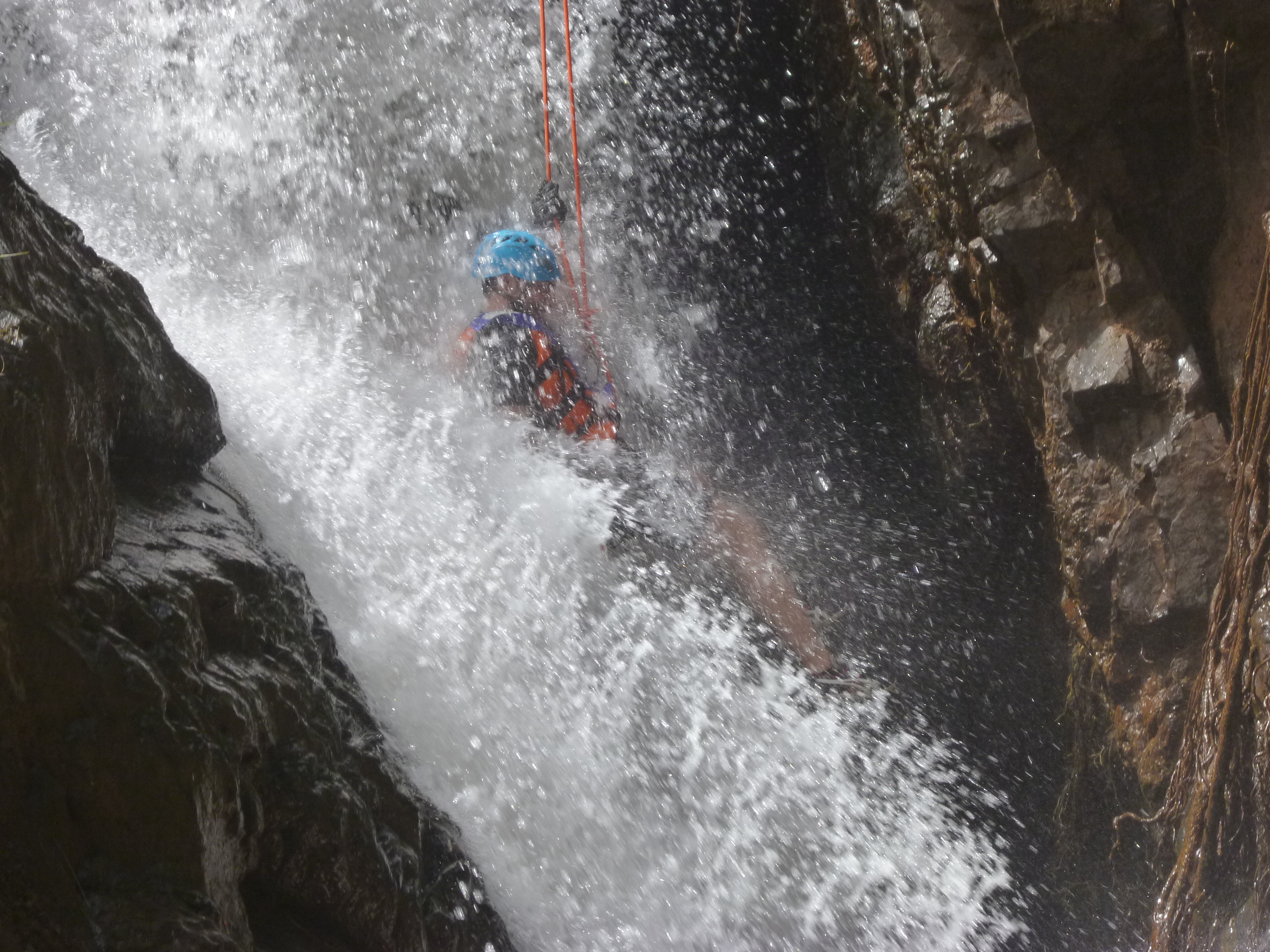 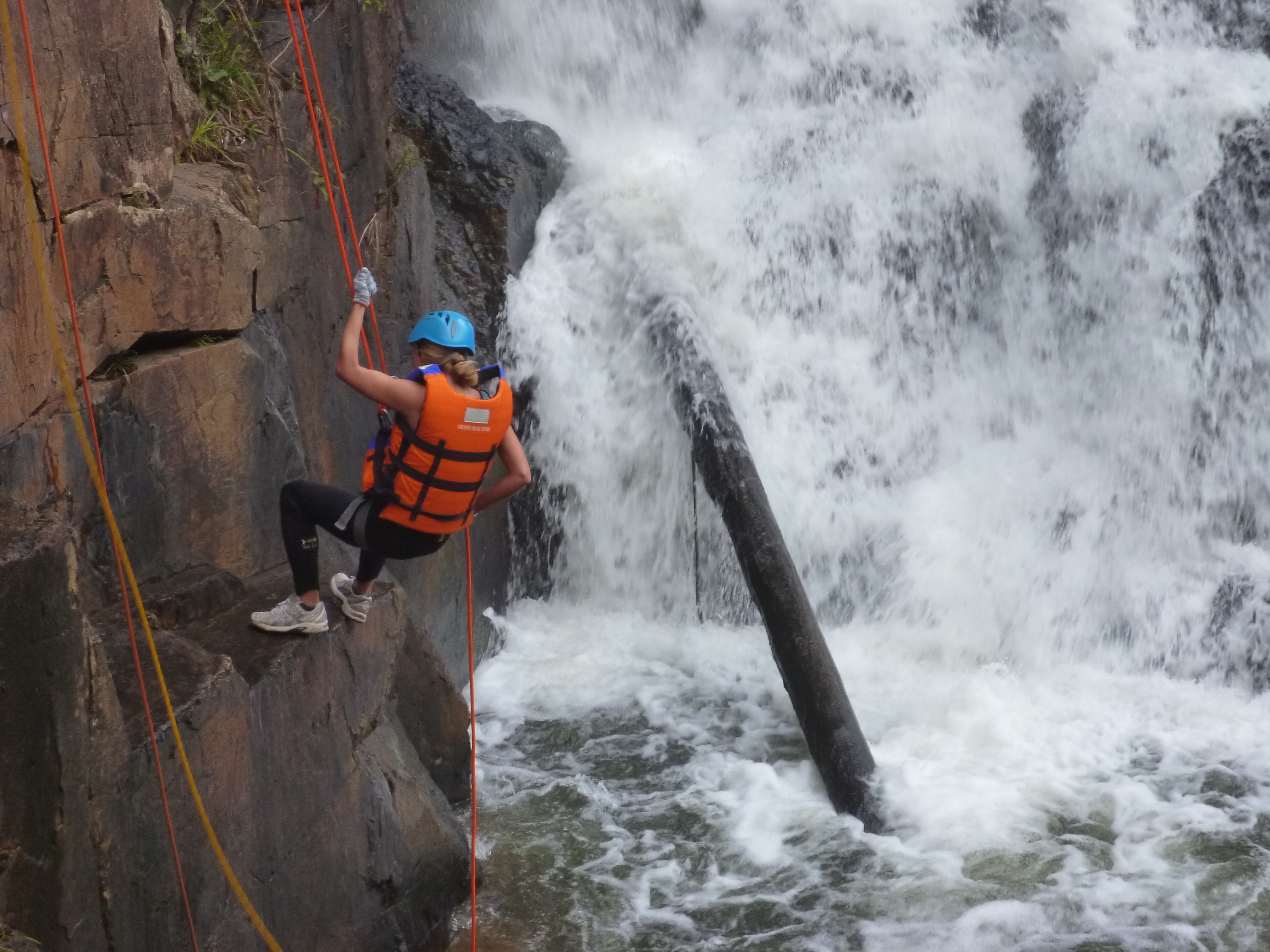 Video of washing machine: Having a good splash

2 thoughts on “Canyoning in Da Lat”