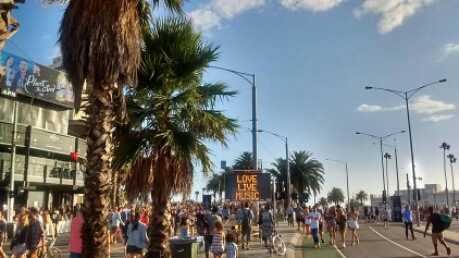 After some amazing adventures and really great times in Cairns it was time for me to have a look at the bank balance and see what the next steps on the adventure would be. After consulting with my chief financial officer I realised that I might have to get my hands dirty and actually do some work again! Weighing up the options I decided on a return to Melbourne to seek my fame and fortune. As I’d enjoyed my first stay there I thought it as good a place as any to look for work. I had the added advantage of having somewhere to stay, for at least the short term and maybe some people who could hook me up with some connections in the work environment.

I suppose after living out of a backpack for a year I was kind of in the mood to stay in one place for a bit of time and also to hang my clothes somewhere other than on my bed. I really love travelling and exploring but for some reason, maybe because to the time of year or something I felt like being in the one place a day just closing the door and digesting some of my thoughts and aspirations for a bit. I kind of wanted to find some answers on this trip but also wanted to find a bit of a purpose in life. Even though I haven’t found either I have begun to understand myself a little more and also to learn new things about myself. I developed an interest in fishing and  also cycling, things I’d never given much thought to previously and also I really like to be outdoors and not just stuck on the couch and Australia is definitely a country set up for people to be out and about.

After a boozy time in Cairns I thought it would be really appropriate to lay off the sauce for a bit and focus on slowly getting back some fitness and stamina for the rugby season. I initiated a ‘dry January’ and started pre-season training with the Melbourne Uni rugby club. At the start ist was a major shock to the system after being quite inactive for most of my travels. We rarely got our hands on the ball and training consisted of mostly shuttle runs and short sprint drills. After the first two sessions I was pretty sore but felt a lot better about making a start and an improved diet helped too! The rugby here is obviously of a different standard that back in Berlin and there are lot of Pacific Island guys mixed in with the group and they have a different outlook on the game completely to anything in Europe. I really enjoy the mix of nationalities here for sure.

After the first 2 weeks of half hearted attempts to find work I really knuckled down and set out my CV to loads of places and was on Gumtree 24/7! After very little success initially I somehow struck gold over the course of a few days. I’d placed a  ad on Gumtree offering some freelance help with online marketing stuff and 2 guys answered and the following day I’d gotten a job working a photo booth at various events. On my first day at the photo booth gig my flatmate texted with a job washing dishes in a local cafe, so in the space of 3 days my fortunes had improved dramatically! Each job has different pay grades and different skill levels but I really enjoy doing something new everyday and have organised things that I don’t have to work full days which gives me loads of time to sample other highlights in Melbourne.

I suppose it’s a bit strange to be settled in Melbourne, or in one place at all for that matter, but I learned long ago that you should do things which make you happy and not worry too much or make too many fixed plans. For the near future at least I’m a Melbourne man. 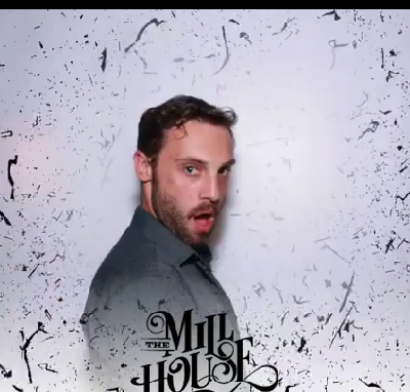 I get paid to do this