After our amazing Treetop explorer adventure coming back to the reality of the real world was a bit of a shock. I almost cried when I was faced with having to come back to Pakse and make decisions again. Seeing all the über-cool backpackers with their hippie baggy, multicoloured cloth trousers and vests and listening to their stories and plans for travelling made me cringe. I don’t want to sound overly critical as I’m also like them (well I’ve stayed clear of the clothes so far), but somehow the days in the jungle had really given me a different perspective on things and the people we met on the trip were totally different from most of the people you meet backpacking around. Being away from mass-tourism was a breath of fresh air. Now it was back to the concrete jungle.

To soften the blow somewhat our next stop was Don Det, an island in the middle of the Mekong river. Upon getting into the boat I suddenly started to regret not packing all my valuables into my drybag. The boat was basically hovering on the water and every little wave or turn felt like we were going to go under! The boat twisted and weaved it’s way through the islands and eventually ran aground on a tiny little beach, with the boatman gesturing us off…..I suppose this was Don Det then! One of the first people we saw was the owner of Johnnys Bungalows, who straight away sorted us our with a cheap bungalow for around $7 a night, BINGO.

Don Det is quite simple to navigate; having only a sunrise or a sunset side. On both sides there is a little path/road with which you can quickly find the main attractions. The main attractions being mostly guesthouses and bars/restaurants! The island itself is rather small and having rented bikes we noticed that you really don’t need to rent bikes. A small tip for anyone hoping to visit Don Det would be to take out cash from the ATM on the mainland as there are none on the island. We noticed this to our dismay, but this discovery helped us keep a close watch on our spending and budget. If you look closely there are ways to keep hold of you cash. Instead of buying new bottles of water for 5000 Kip we simply refilled our old ones for 2000 Kip. Instead of eating breakfast or lunch we simply bought some bread rolls and stuck some Nutella or BP & on them. This kep us going for the first days. We spent most of the time simply walking around the island, chilling on the beach or relaxing in the hammock.

On the 3rd day on the island we went on a kayaking tour,  which also gave us a chance to pop to the ATM on the mainland, problem solved there! We actually weren’t expecting that much from the tour but it was surprisingly good in the end. We had an action packed day of kayaking, sightseeing and wildlife watching. The highlights of the tour were the waterfalls on the Mekong, the famous irawaddy river dolphins and the rather strenuous kayaking which was really tough going in some parts including some small rapids where the Chinese girls in the group managed to fall off and tip over another kayak in the process. Sadly for them the rented drybags were not completely water tight and their phones looked worse for wear afterwards. They managed to stay happy and not get too down, something I wouldn’t have been able to do I the situation.

After kayaking around the islands a big truck picked us up and we dragged the kayaks up a hill a lifted them onto the truck. Heavy work indeed. One of the guys, who turned out to be from Berlin (with a massive New Zealand accent and a crazy haircut) was mad for a bit of work and turned into a one man kayak moving machine. He was an animal and really strong. Maybe I can convert him to play rugby in Berlin. Whilst we were working, the “hardcore” Canadians blabbered on about their amazing rock climbing exploits and how amazing they were in general and the dude from New Zealand joined in the fest with his own “I can top you” stories. Really good work guys, talk about your toughness whilst others drag your kayaks up a hill. Spoofers!

After our trip to the waterfalls and to the much needed ATM we we all set for the last Strecke of the tour and hopped back on the truck. As we slowly trundled through the narrow side streets of the town some small little kid just climbed up on the truck and sat beside me. Seemed like he wanted to come along for a bit. He sat there quietly and then some more kids appeared. I was like, come on the more the merrier! I started to shout motivational words of encouragement such as “no pain no gain” and my other little friend on the truck basically tried to mimic what I was saying and was copying everything I said. He was such a cute little dude, maybe about 5 years old. When we got to the river he stripped off and ran off to jump and swim in the river.

The rest of our days on the island were spent enjoying the good life. Eating great food. Spending time on the beach, listening to the start of the six nations tournament on RTE radio and just generally doing a whole lot if nothing. We met an Australian who had settled on the island and opened an amazing restaurant with a super BBQ!

Then it was time to say goodbye to Laos and start the mammoth journey to Bangkok. Boat, Bus, Minivan, tuk tuk and finally a VIP sleeper bus. Hello Thailand! 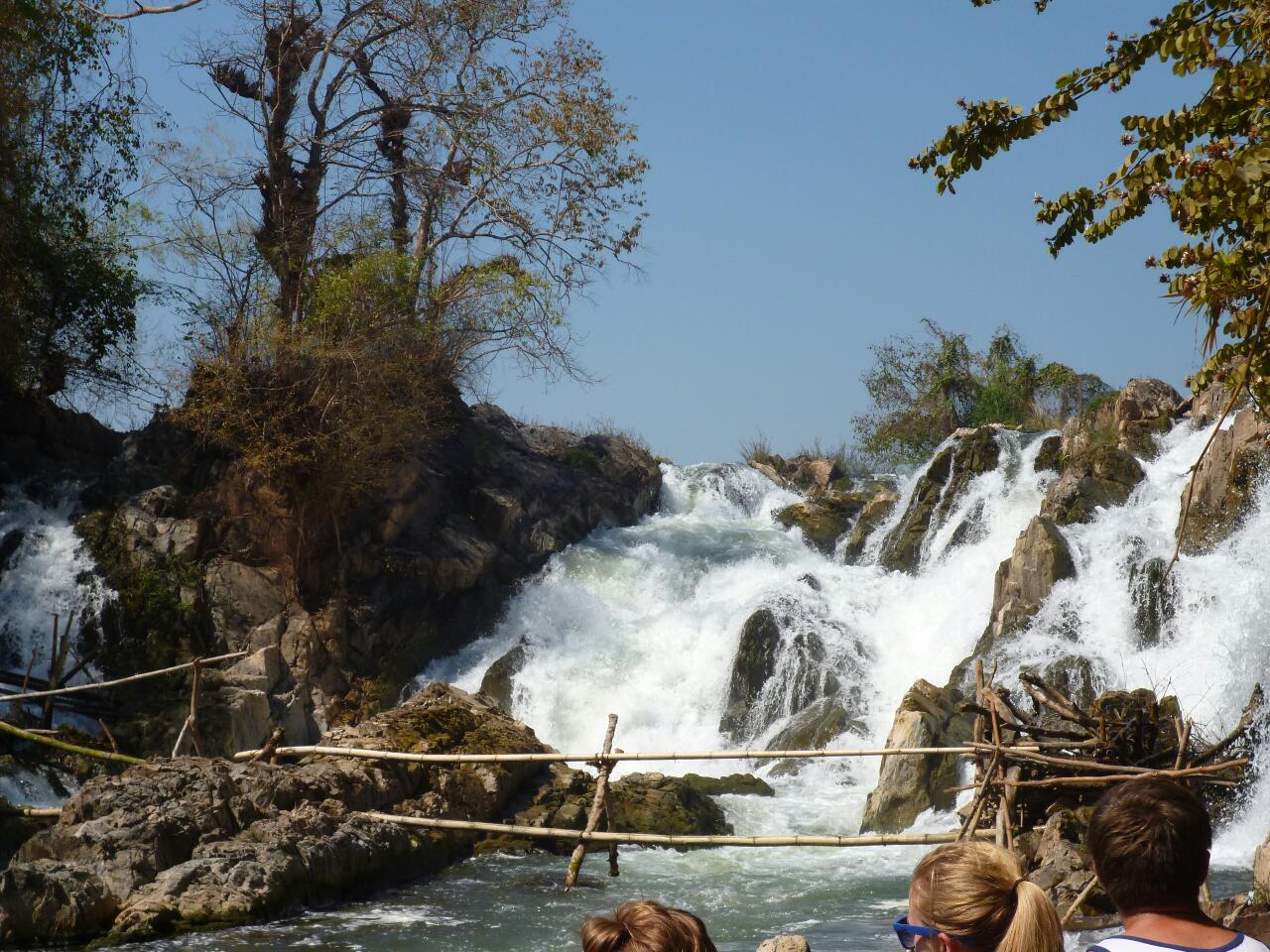 The small waterfall on the Mekong 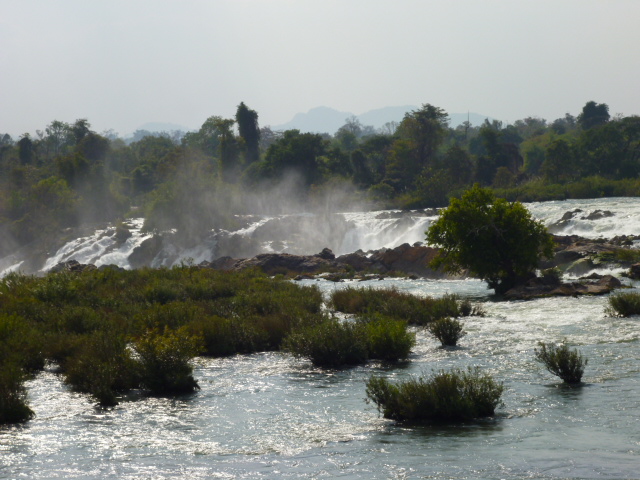 The start of the big waterfall 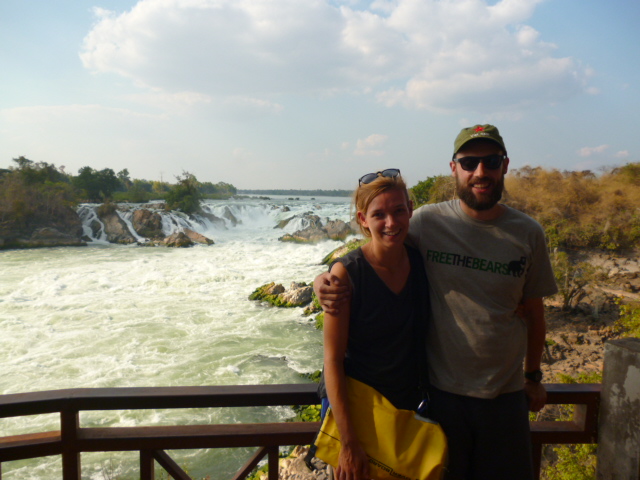 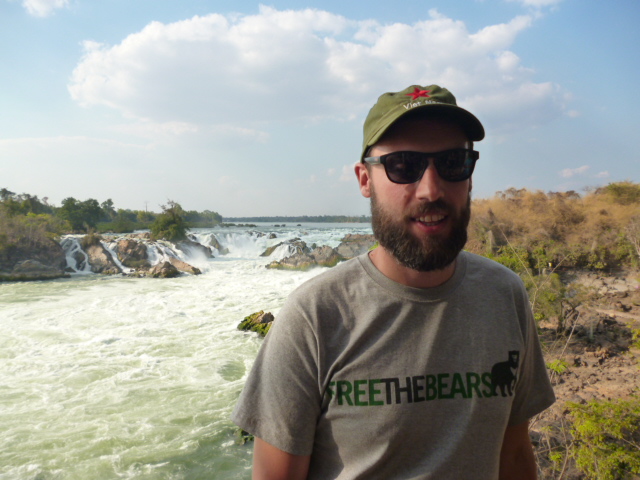 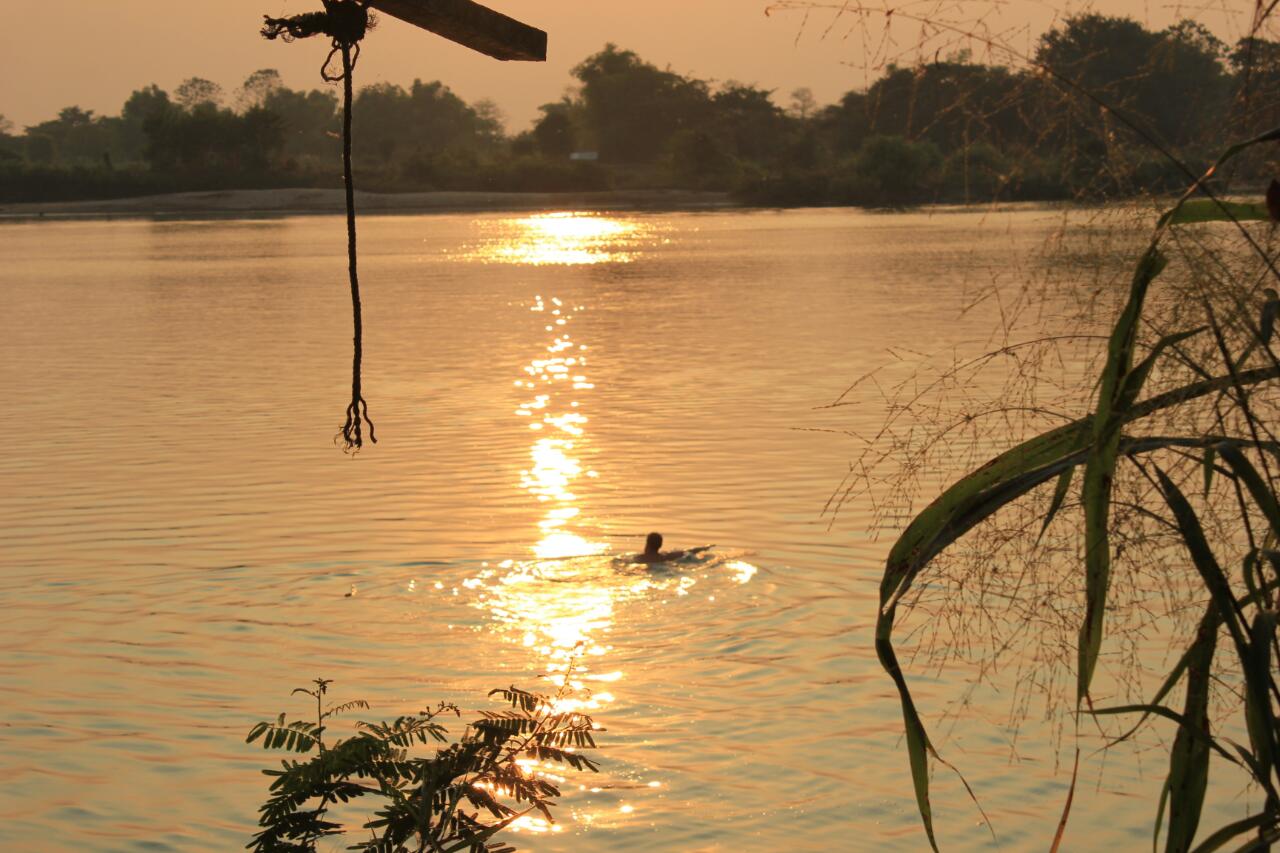 A quick swim in the river at sunset 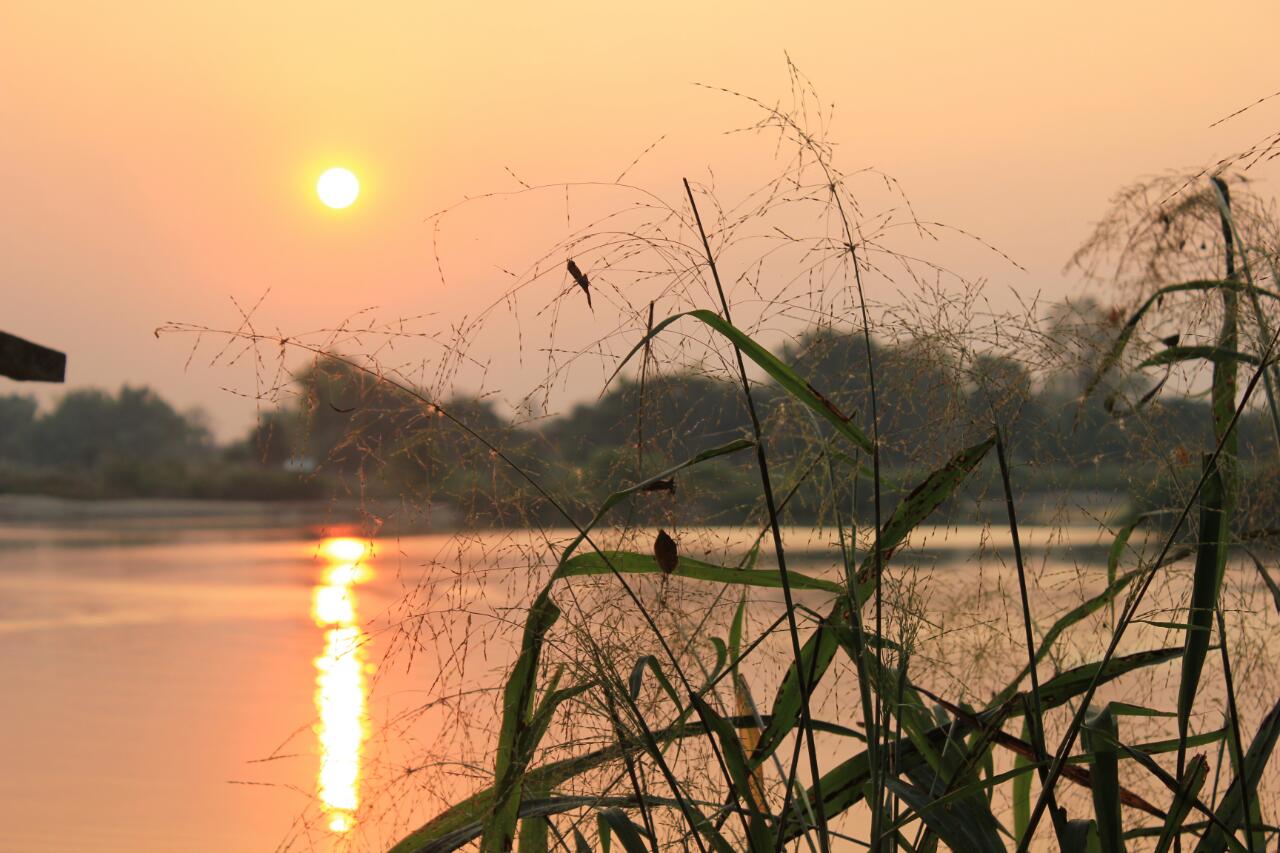 Steffi showing her skills at photography